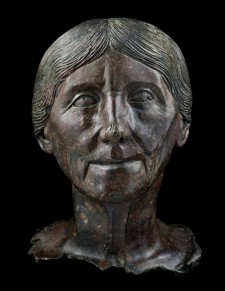 NEW YORK, May 2, 2018 (Newswire.com) - For the second year in a row, Phoenix Ancient Art and Hicham Aboutaam will be transforming the historical room of the second floor of the Park Avenue Armory into a miniature museum at TEFAF New York Spring from May 4 – 8, 2018.

The stand was designed to cater to all art lovers, with two focal points: firstly, the presentation of a collection of world-class Greek and Roman portraits in bronze and marble; secondly, a display of abstract antiquities with a modern feel.

One of the highlights is a first century A.D. stunningly created Roman bronze head of an older woman from the time of Augustus with realistically rendered features, and a coiffure recalling the hairstyle of Antonia the Minor, mother of Claudius and grandmother of Caligula. Her imposing personality is enhanced by finely incised details and a beautiful red-brown patina. This stunning bronze was shared with a number of museums as part of a traveling exhibition that went to the Kimbell Art Museum, Fort Worth, 1983, Virginia Museum of Fine Arts, Richmond, 1983, Detroit Institute of Arts, Detroit, 1984, Dallas Museum of Art, Dallas, 1984, High Museum, Atlanta, 1986, all before landing on loan at the Met for over a decade.

Among the works on display that speak to modern art collectors are marble Cycladic idols and a Geometric Greek Lidded Pyxis with its simple and clean lines, dating to the 8th century B.C.  The work has also been on exhibit at the Minneapolis Museum of Art from 1936 to 1951. Hicham Aboutaam, President of Electrum, the exclusive agent for Phoenix Ancient Art, Geneva, says, “I am particularly thrilled to be able, once again, to bring a superlative selection of antiquities to TEFAF NY SPRING, and present a display that will contribute to anchoring the concept of the beautiful dialogue between ancient and modern art.”

With galleries in New York City and Geneva, Switzerland, Phoenix Ancient Art is one of the world’s leading dealers in rare and exquisite antiquities with a focus on Greek and Roman, Near Eastern and Egyptian art. Its works of art have been acquired by world-class museums around the world, as well as by private collectors. Phoenix Ancient Art is a second-generation family business that was founded by Sleiman Aboutaam in 1968 and continues today under the leadership of his sons Hicham and Ali Aboutaam. 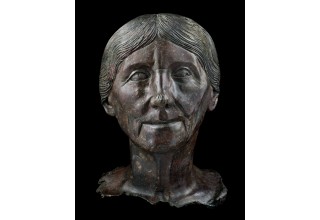 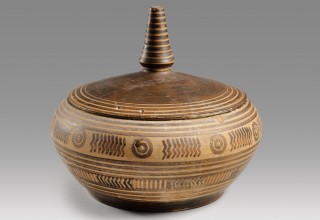