Hershey at Home 2020 Auction Moves $5.6 Million Worth of Pre-war and Brass Era Vehicles 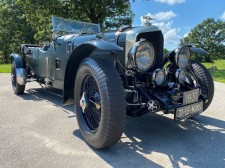 JACKSON, Miss., October 17, 2020 (Newswire.com) - The Vault just wrapped up the Hershey at Home 2020 online auction, and what an auction it was! Over 130+ cars, including some as old as 120 years were auctioned to a live online audience of several thousand registered bidders at no minimum and no reserve. Not only did the sale boast some of the most historic and rare vehicles, but it also marked a historic moment for The Vault as they debuted their own online auction platform, SonicBidder.com, to host the sale. Sonic Bidder uses fast-paced bidding action with addictive sounds and an enthralling techno beat to create a Monte Carlo casino feeling. It was an exhilarating afternoon of high-speed, online bidding that made a lot of car collectors happy, renewed interest in antique brass vehicles, and proved The Vault to be a leader in the automotive industry, not just in the state of Mississippi but in international markets too. It also proved Sonic Bidder to be a formidable and super intuitive online platform perfect for any auction big or small.

CONSIGNORS
This sale was made possible with pieces from two collections. The Evergreen Historic Automobiles collection supplied by Steve Plaster of Lebanon, Missouri, and the private collection of David A. Haines from Memphis, Tennessee.

Plaster began his car collection with his father many years ago. His illustrious fleet of pre-war and brass era vehicles are on display at the Evergreen Historic Automobile complex in Missouri.

Haines has been an avid car collector for 30+ years. His 55-year tenure in the electrical contracting business allows him to add new pieces to his eclectic collection. From the Halloween adorned Crypt Deville to his collection within a collection of 29 vintage fire trucks, Haines' collection is as diverse as it is
entertaining.

HIGHLIGHTS
The Hershey at Home 2020 Auction's gross sales reached over 5.6 million dollars, but the individual stats that helped to draw in that number are incredible in their own right. For example, the digital marketing campaign launched by The Vault drew over 16 million impressions globally during its run. Forty-eight hours before the sale, 107,000 plus visitors were lined up prior to bid in the sale. At the lowest, Sonic Bidder saw 687 bidders on their auction. At the highest, 11,000 bidders were chasing their antique dreams on Sonic Bidder. Every state in America, including Hawaii, was represented by a bidder in the sale. Other countries that showed up to bid included the United Kingdom, Czech Republic, The Netherlands, Australia, Denmark, Canada, Germany, Aruba, Cyprus, Poland, and New Zealand among others.

ABOUT JD PASS AND THE VAULT
The Vault is the premier collector car vendor of Mississippi. With an over 150,000 square foot showroom filled with 200 classic, exotic, and muscle cars, it's one of a kind in the region and an impressive sight for any vehicle collector or car enthusiast. In addition to the showroom, there's the 20,000 square foot shop that specializes in all of the maintenance and detail needs of collector cars and the VIP room, with drinks, games, and ample seating, perfect for any party or gathering be they business, private, or communal.

The Vault's leader JD Pass has been in the business for 40+ years. The Vault isn't his first rodeo both literally and figuratively. He has $5,000,000,000 in assests sold to this day, and with this online auction, he continues to show his expertise and ambition in both business administration and collector car sales. He continues to be a tremendous force in the automotive industry as he pushes The Vault and Sonic Bidder into the bustling world market. 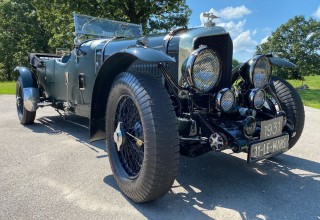 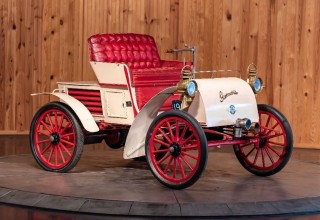 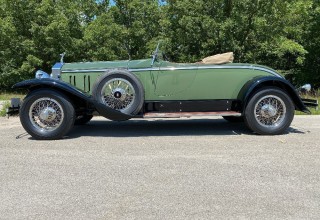 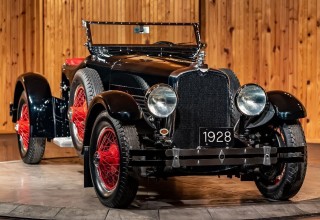