Helping Colorado Youth in the Face of a Drug Abuse Epidemic

DENVER, May 15, 2019 (Newswire.com) - As a recovered addict, ex-offender and former gang member, when DeLeon talks to kids, they listen.

Colorado’s teens use 85 percent more marijuana than teens in the rest of the country. This one fact made a visit to the state by drug prevention activist Michael DeLeon crucial. The Church of Scientology Denver hosted an open house to introduce DeLeon and his program to the community.

CEO and founder of Steered Straight, a nonprofit organization that works on prevention and education of youth, DeLeon is featured on Voices for Humanity on the Scientology Network.

He uses his own experience and passion to inspire youth to make positive decisions that will affect them the rest of their lives.

He brought his message to more than 600 schools in 40 states last year and is the most frequently booked drug prevention school presenter in America, as well as an expert on vaping and current youth drug trends.

“I don’t want my past to be their future,” he says.

DeLeon founded Steered Straight in 2000, a program that reaches out to children, teens and young adults to help them become aware of their life choices and the consequences of their actions.

“I have traveled the state of New Jersey and across the country making a difference in the lives of people by sharing my story and educating youth with it,” he says.

DeLeon has produced four award-winning documentaries. In his first, Kids Are Dying, he interviewed 137 young people in Camden, New Jersey, and Philadelphia, Pennsylvania, who were hooked on heroin. He found every one of them smoked marijuana, cigarettes, vaped or used e-cigarettes and drank alcohol when underage before moving on to heroin.

When DeLeon found the Truth About Drugs materials of Foundation for a Drug-Free World, he realized these were the answer to educating kids on this vital subject. He uses the materials in all his presentations.

In partnership with Foundation for a Drug-Free World, DeLeon has reached 13 million people with his story and the truth about drugs.

Foundation for a Drug-Free World is a secular nonprofit corporation that empowers youth and adults with factual information about drugs so they can make informed decisions to live drug-free. The Foundation’s Truth About Drugs campaign is the world’s largest nongovernmental drug education and prevention initiative. The Church of Scientology and Scientologists support the Foundation, making it possible to provide these materials free of charge to community leaders, groups and educators for their use in dealing with this vital subject. 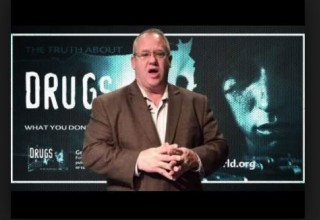 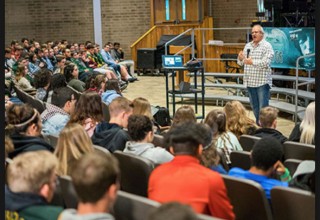