Friends of Elmira Civil War Prison Camp is excited to announce the start of a reconstruction project that hopes to bring a historical tourist attraction to the region. 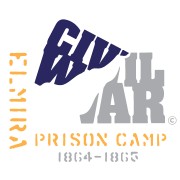 Elmira, NY, September 23, 2015 (Newswire.com) - Friends of the Elmira Civil War Prison Camp is excited to announce construction is underway on a project to recreate the Civil War Camp in Elmira New York.

The first step in the project is the reconstruction of an original building from the camp. The original camp building will be used as a learning center and museum to house period artifacts donated by people who have found them on the former prison camp site, said John Trice, vice president of the group. A camp barracks construction blueprint is currently being developed.

“We do have hopes of creating a little Civil War village here. There is a great amount of interest in this project, so I think that it could become a great tourist attraction.”

“There are lots of other groups that are very interested in what’s going on here, and certainly, I love the idea of bringing a museum here,” Skidmore said. “It’s a great idea. If we could find that those other buildings are still standing and if we could get help with funding, I think there are other items out there that we could probably find that will enhance the project.”

While construction is underway, there are still a few hurdles to cross.
“We need $100,000 to reconstruct the building and to endow it. We have a Canon which has been donated, a Civil War cannon. So that would be great but we need to get that here and build a fence around the building. When we get this constructed, we need to make sure that it stays in great shape, and can be expanded on” said Marty Chalk, President of the organization.

To cover the costs of reconstruction, the organization is offering a variety of rewards for donations, including a limited edition Original prison camp nail embedded in Lucite. 150 Year Prison Camp Anniversary T-Shirts are also available. You can make a donation, or read more by visiting http://elmiraprisoncamp.com

Non Profit Organization working to preserve and educate about the history of the Civil War Prison Camp in Elmira New York.