Finding doctors and dentists in Japan who speak English is now easy with the launch of the new iOS app for HealthyTokyo.com. A live concierge is available to make appointments and guide members to find healthcare and wellness in Tokyo and beyond. Special offers for spas, gyms, yoga studios, organic food shops and healthy restaurants in Japan are now easily accessible as well. 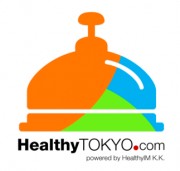 HealthyTokyo.com provides expats and travelers with a live concierge service to locate and make appointments with English speaking doctors and dentists in Japan.  The service also provides access and special member offers for wellness providers in Japan including spas, yoga studios, gyms and organic food shops.

"After over two decades of living in Japanーand spending a large portion of that time focused on the healthcare industryーI'm happy to see that we finally have a system with information of value that the English-speaking community can access."

“Following repeated requests from the international community this new iOS App is the first of its kind to give expats and travelers in Japan access to English-speaking doctors and dentists with a live concierge service available at the touch of a button.   We are very pleased to be able to offer this additional functionality to our customers”, says David Israelsson, Project Manager for HealthyTokyo.com.

The new app has been released for iPhone and iPad and is available in the App Store.

An Android version is under development and will be released shortly.

Keeping Expats Healthy in Asia
We connect expats to the finest healthcare and wellness facilities, professionals, products and services in Asia.