Heads Music Introduces Their Collaboration with the Artist Factory

The Talents of Wyclef Jean and The Janes Life Combine 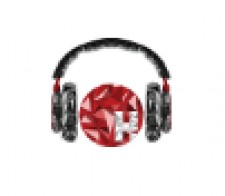 Heads Music, the label home of International superstar Wyclef Jean, closed the loop on a partnership that blends the music industry experience of Heads Music with the business knowledge and marketing prowess of Richie Hosein. Hosein is a CEO of Exit Partners LLC and Co-Founder of premier music & nightlife venue, A.M. Southampton and Artist Factory NY. Hosein will be filling the role as Vice President of Business Development for Heads Music.

Richie stated, "Taking on the role as Vice President of Business Development, I am not only looking to innovate but to transform the music industry. This collaboration is bringing a team of music industry experts and I'm excited to be a part of the future. One of my passion projects is The Janes Life and collaborating with a musical genius such as Wyclef Jean, is inspiring and epic, I'm looking forward to it.”

”This is a unique collaboration between two world-class brands,” says Madeline Nelson, founder and CEO of Heads, whose Music division recently released a collaboration with Wyclef and Young Thug.

The music that Wyclef Jean has written, performed, and produced — both as a solo superstar and as founder and guiding member of the Fugees — has been a consistently powerful, pop cultural force for over two decades. Wyclef has been rewarded for his creativity and adventurousness with three Grammy Awards, a spot on the cover of Rolling Stone’s special "Top 50 Hip Hop Players," and the opportunity to make music with such legends as Michael Jackson, Queen, Mick Jagger, Paul Simon, Earth, Wind & Fire, Kenny Rogers, and Tom Jones. As a solo artist, he has released six albums that have sold nearly nine million copies worldwide, including his 1997 debut The Carnival and 2000’s aptly titled The Ecleftic: 2 Sides II a Book, which even turned wrestling superstar/action hero The Rock into a pop star with the international hit single "It Doesn’t Matter." Through it all, Wyclef kept an ear cocked for new talent. He helped launch Beyoncé´s career with Destiny’s Child’s early hit "No, No, No.”