The world's first accelerator for sustainable aquaculture startups is halfway through raising its first €8M fund - industry heavyweights, as well as experienced entrepreneurs, are flocking to the cause

KONA, Hawaii, August 22, 2019 (Newswire.com) - ​​Hatch has put together a senior fund advisory board before kicking off its third accelerator cohort at the Natural Energy Lab Hawaii in Kona, Big Island, on August 26. The advisors were selected based on their experience in venture capital, aquaculture and entrepreneurship.

“We are combining some big names in aquaculture and venture capital in our board of advisors, all of them successful entrepreneurs and investors themselves. Our fund advisory board has been instrumental in helping us raise the fund so far, and most of our advisors are also invested themselves,“ says Carsten Krome, Managing Partner at Hatch.

The board for the first-ever aquaculture technology venture fund consists of:

Brian Wynn: Brian Wynn is the founder and former CEO of Rubicon Resources, a vertically integrated sustainable shrimp farming business that he bootstrapped to USD 230M in sales and sold to Highliner for USD 107M in 2017. Brian brings an excellent skill set and network of supply chain and warm-water farming (shrimp) to the table. Brian is based in L.A.

Einar Wathne: Einar is the former CEO of Ewos and was instrumental in its sale to Cargill for USD 1.5B in 2015. He since has led what became Cargill Aqua Nutrition as President and has stepped down in January 2019. He is now the COB of the Seafood Innovation Cluster, an organization formed by the major Salmon farmers and suppliers in Norway to promote industry innovation. Einar comes with an important skill set in cold-water fish farming and fish farming supply (feed, health products etc), as well as a wealth in leadership and management experience.

Kai Sato: Kai is the founder of Kaizen Reserve, which serves as an investment advisor to family offices and corporations, helping align their existing assets with synergistic startups. He is also the founding partner of Vintage Capital Investments, which focuses on technology and media investments in sports. Before his transition to venture capital, Kai cofounded, FieldLevel, the social network dedicated to sports recruiting and participated as an entrepreneur in the inaugural Los Angeles Dodgers Accelerator. He works closely with accelerators across multiple industries and is also Hatch's Entrepreneur-In-Residence, actively mentoring its cohort companies.

The board is expected to have a major impact on the upcoming Hatch cohort, as well as the existing portfolio, continuing and accelerating the sharp growth trajectory Hatch has found itself on since its founding in 2018. The company has already done the first close at around half of its €8M funding goal. The fund is entirely dedicated to high-potential aquaculture technology startups and is slated to close in November 2019.

“This is the first seed fund that has ever been raised for aquaculture startups. It's a great indication that investor interest in the sector is continuously growing, and that is to no surprise to us given the opportunities we are presented with. Aquaculture is ready to become a mainstream venture capital target.“ 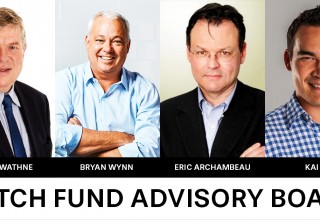 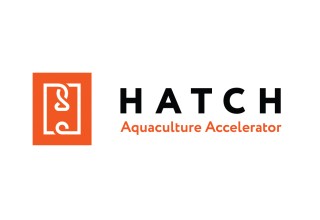 Aquaculture VC HATCH Successfully Closes First $8M Fund at $8.4
Next to AquaSpark, HATCH is the second VC that has raised a fund solely dedicated to aquaculture
HATCH - Feb 12, 2020