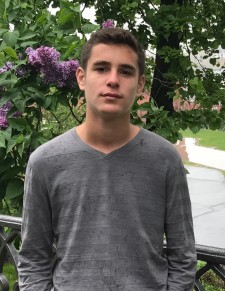 BOCA RATON, Fla., August 3, 2017 (Newswire.com) - Harris Gevinson not only took the ACT a year earlier than most students, but he earned a perfect score on the college admissions test.

Harris of Boca Raton, just finished his sophomore year at Pine Crest School. He took the ACT in June and is among the small percentage of students across the country who earned a 36 — the highest possible score — on the test.

On average, less than one-tenth of 1 percent of students who take the ACT earn a top score, according to a press release announcing Harris's score. In the U.S. high school graduating class of 2016, only 2,235 out of nearly 2.1 million graduates who took the ACT earned a composite score of 36.

The ACT consists of tests in English, mathematics, reading and science. Each test is scored on a scale of 1–36, and a student's composite score is the average of the four test scores. Some students also take the optional ACT writing test, but the score for that test is reported separately and is not included within the ACT Composite score.

In a letter from the ACT chief executive officer recognizing this exceptional achievement, the CEO stated, "Your achievement on the ACT is significant and rare. While test scores are just one of multiple criteria that most colleges consider when making admission decisions, your exceptional ACT Composite score should prove helpful as you pursue your education and career goals."

ACT test scores are accepted by all major U.S. colleges. Exceptional scores of 36 provide colleges with evidence of student readiness for the academic rigors that lie ahead.

For more information about the student, please contact Teri Gevinson at 561-306-1066 or email tjg@rasflaw.com.

For more information about the ACT and ACT scores, please call Ed Colby at 319.337.1147 or e-mail ed.colby@act.org. Visit the ACT website at www.act.org.