Simone Leo, a long-distance runner featured on the Scientology Network in an episode of 'I Am a Scientologist,' has become the first athlete to complete all 'Seven Sisters' 135-mile ultramarathons. 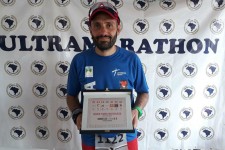 MILAN, February 12, 2019 (Newswire.com) - By running more than 48 hours nonstop, Simone Leo reached the finish line of the Brazil 135 race and accomplished his goal of completing all "Seven Sisters" ultramarathons, the world's most challenging long-distance runs.

The race begins in São João da Boa Vista in the state of São Paulo, Brazil. After climbing 35,000 feet through mountainous jungles and forgotten villages, those who complete the ordeal arrive in Paraisopolis, in the state of Minas Gerais.

A native of Novara now living in Milan, Leo carries the Italian flag through the entire course in every race he runs. In the center of the flag is the logo of The Way to Happiness, the common-sense moral code written by humanitarian and Scientology founder L. Ron Hubbard.

Leo, who presented a Portuguese copy of The Way to Happiness to the former Brazilian military police officer who organizes the event, describes Brazil as “a magnificent and wonderful county" and said he wants to share the booklet with the people of Brazil because "The Way to Happiness forwards universal values of respect and brotherhood and provides practical guidelines anyone may use to improve their life.” Leo completed the legendary Badwater ultramarathon, known as “the world’s toughest foot race,” in July 2018. Ultramarathoners run its 135-mile course nonstop from Death Valley to Mt. Whitney through temperatures as high as 130 degrees Fahrenheit. Brazil 135, Badwater and the following five races are known as the Seven Sisters:

Leo’s passion for running was ignited just over 10 years ago. He describes how he was looking at some photos of a wedding he attended and noticed one man who looked tired and overweight. When he suddenly realized the photo was of him, it inspired him to get going.

Simone Leo tells his story in an episode of I Am a Scientologist on the Scientology Network. 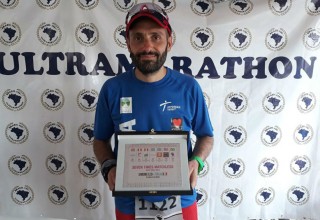 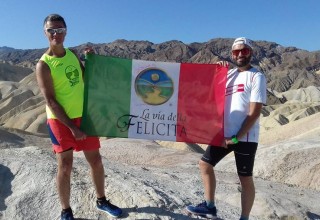