Hamilton Crawford: No Consensus on US Tax Reforms 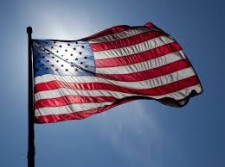 SHANGHAI, October 26, 2017 (Newswire.com) - United States President Donald Trump’s tax reform strategies gained some support last week when Republican Senator Rand Paul stated that he was on board for far-reaching tax cuts. The Republican Party is not yet in agreement on how to accomplish the main item on its domestic agenda.

Trump’s plan to change the U.S. tax code overcame a serious obstacle on Thursday last week when the Senate agreed to approve a budget measure that will permit Republicans to seek a tax-cut package without the support of the Democratic Party.

Economists at Shanghai, China-based investment house, Hamilton Crawford, say that Republicans, who control both House of Representatives and The Senate, have not yet come up with a tax reform bill that would imply a deadline to overhaul the American tax code. The Republican Party’s lawmakers have not reached a consensus on what cuts to make and how to fund them.

The Republican Party is under critical pressure to deliver tax reform after falling short on other promises regarding legislative changes.

Democrats will more than likely disagree with the Trump administration’s tax proposal, which is expected to provide up to $6 trillion in tax cuts to businesses and private individuals but will inflate the federal deficit by $1.5 trillion over the next 10 years.

Last week Senator Rand Paul stated on a social media platform that he was all in for the “biggest, boldest cuts possible - and soon!” but did not offer any comment on the details of the tax overhaul strategy.

Elite News-CN was founded in 2016, our team of Asian market professionals bring you the latest business and market news from across Asia.