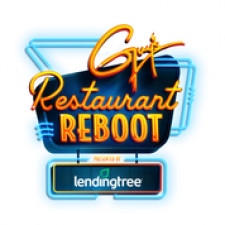 LOS ANGELES, June 15, 2021 (Newswire.com) - Guy Fieri, chef, restaurateur, and Emmy Award-winning TV host, has wrapped the inaugural Guy's Restaurant Reboot Presented by LendingTree, one of the largest culinary events of all time attracting more than four million viewers in tandem with an incredible group of celebrities and partners. The live-stream simulcasted across Guy's social channels including Facebook, Twitter, YouTube, Twitch, and LiveXLive.

The event provided guidance and inspiration to the next generation of restaurant owners as well as $300,000 in bottom-line financial support via the "Help Rebuild Restaurants Grant." Created in partnership between Guy Fieri, The National Restaurant Association Educational Foundation, and California Restaurant Foundation, the grants were distributed to 11 winners live on the show and generously funded by the event's founding partners: LendingTree, Pepsi, SpotOn, AT&T, Grubhub, Cascade, Dawn, Twisted Tea Hard Iced Tea, Conagra, Thermomix®, and Thomasville. Bar Rescue star Jon Taffer also donated an additional $20,000 to support the cause.

"Very stoked and honored to receive this opportunity from Guy Fieri and LendingTree. I am excited to put forth the funds to expand into a brick-and-mortar restaurant location, and also use some funds to retain staff members during these times. This is a definite stepping stone to reaching my lifelong goal of owning a thriving restaurant and I can't express how grateful I am to Guy and LendingTree for their generosity," said Avonte Hartsfield, Rollin Roots.

During Off The Hook Celebrity Creations Presented by Pepsi, some of the world's biggest celebrities partnered with Pepsi to drive support for local restaurants in their hometowns. These celebs created "Off The Hook" menu items with their favorite local eateries, celebrating bold flavors and showcasing how each meal goes #BetterwithPepsi. Pepsi is giving fans at home a chance to try these celeb namesake dishes which will be available at each restaurant and exclusively via Grubhub delivery from June 12-27 with a Pepsi.

Use code OFFTHEHOOK on Grubhub for 20% off the Off The Hook Celebrity Creations in participating cities June 12-27, 2021.

During Behind The Counter Conversations Presented by SpotOn, Guy hosted roundtable discussions with culinary icons including José Andrés, Marcus Samuelsson, Cat Cora, Jon Taffer, Buddy Valastro, Alex Guarnaschelli, Robert Irvine, and Matthew Kenney. Throughout these conversations, Guy and guests discussed the changing world of restaurants and how to overcome upcoming obstacles, and provided their own stories and commentary. To further show its support for small to midsize businesses, SpotOn is offering $500 off its Restaurant POS.