Gunter Wilhelm is a recognized, innovative and remarkable cutlery and cookware brand. 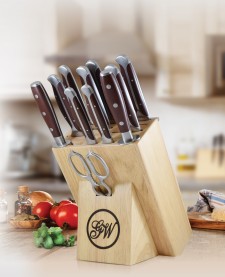 The grand opening event will feature a Grand Opening Chicken Challenge, where three top BBQ pit-master competitors, including George Przybylski of Bang Bang BBQ, Dan Hodgins of Chicken Chokers BBQ, and Hiram Quintana of The Lion’s Den, will battle head to head to head and put their BBQ skills to the test. The challenge will be judged by

Chef Michael “Woody” Raber of the White House Chef Tour, Glenn Gross of Small Bites with Glenn Gross and Derek Timm of Bluejeanfood.com, and Doug Hepner, certified judge from the Kansas City Barbeque Society.  Gunter Wilhelm® Grand Opening is honored to be a qualifying event for the World Food Championships™ (WFC), and the winner of the Chicken Challenge will receive a GOLDEN TICKET for the 2018 WFC event. There will also be a People's Choice, where the three competitors will prepare a one bite dish to be judged by the people. One lucky person will win an engraved Gunter Wilhelm knife.

The event will also feature stories from Chef Raber, who had been selected for Presidential Food Service and served as the Food Service Purchasing Coordinator for the White House Navy Mess Logistics Department. As Presidential Travel Advance Team Leader, he spent more than 250 days on 75 domestic and overseas Presidential trips supporting the President and First Family with personalized services and security. As a kitchen supervisor in the West Wing, Chef Raber was awarded The Five Star Five Diamond Award in 2003, 2004 and 2005.

“We are thrilled to open our showroom with such a spectacular line-up for the day, and have the honor to personally serve our customers,” says David Malek, CEO of Gunter Wilhelm. “Selecting new cutlery and cookware that serves our customers needs and requirements in the kitchen is a personal choice for them, and our new location will provide an opportunity to experience firsthand our fine cutlery and cookware product lines.

Gunter Wilhelm signature pieces are the official and recommended cutlery and cookware of many including the White House Chef Tour, the World Food Championships, the Kansas City BBQ Society, and the New Jersey Restaurant Association Hall of Fame recipient. In addition, Gunter Wilhelm’s products are used by executive and professional chefs and top-ranked restaurants as well as numerous passionate home cooks and enthusiastic foodies.  The new showroom will showcase the different cutlery and cookware lines as well as the different added value capabilities and services such as personalization, laser engraving, and more.

Incorporated in 2002, Gunter Wilhelm is accepted and recognized by professional chefs, celebrities and home cooks as an innovative and remarkable cutlery and cookware brand, combining high quality, advanced features and superior performance. Gunter Wilhelm products have exceptional ratings and are used in professional and home kitchens around the world. For more information, visit GunterWilhelm.com.

About the World Food Championships

​The World Food Championships is the largest competition in Food Sport, where grand champions of previous events convene for a chance at winning the ultimate food crown and a share of hundreds of thousands of dollars in prize money. The World Food Championships is also the springboard for many up and coming culinary stars and home cooks as they seek TV fame through many well-known food shows and acting opportunities. Now heading into its 6th season, the 5th Annual World Food Championships boasted the largest Food Sport tournament in history with well over 1200 contestants on 419 official teams. They came from 48 American states and 14 countries to compete, while more than 20,000 foodies watched and enjoyed the heat of the battle unfold in 10 official categories. 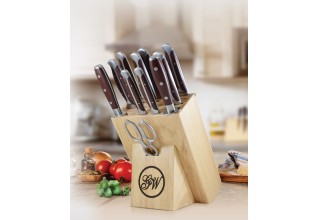 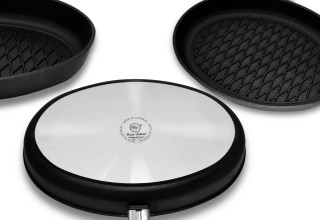 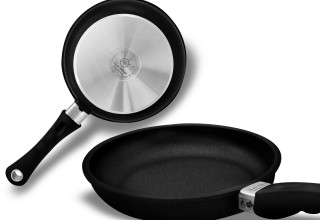 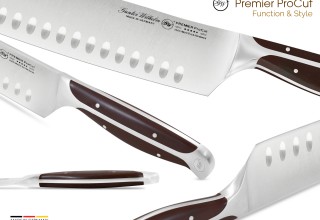 Gunter Wilhelm ® is accepted and recognized by professional chefs, celebrities and home cooks as an innovative and remarkable cutlery and cookware brand, combining high quality, advanced features and superior performance.