'Drax the Destroyer' to Appear Saturday at Three of Wizard World's Longest-Running Events - in Philadelphia Saturday, May 19

PHILADELPHIA, January 23, 2018 (Newswire.com) - Dave Bautista, who wowed fans as “Drax the Destroyer” in Guardians of the Galaxy in 2014 and in last summer’s blockbuster sequel, will make triumphant returns to Wizard World Comic Con events in Portland (April 14), Philadelphia (May 19) and Chicago (August 25). Bautista, whose budding film career has also included a role in the Sony feature Spectre, the 24th installment of the James Bond series, will greet fans, sign autographs, pose for photo ops and conduct interactive Q&A sessions at his Saturday appearances at each show.

In addition to his Guardian and Spectre roles, Bautista also appeared on-screen last year in the much-anticipated Blade Runner 2049, the sequel to the science fiction cult classic. In 2016, he appeared in several films including Kickboxer: Vengeance and Marauders, and the year prior he was also in the action film Heist starring opposite Robert DeNiro and Jeffery Dean Morgan.

Bautista can also be seen in last year’s independent film Bushwick starring opposite Brittney Snow and has numerous films scheduled for 2018 release, including Avengers: Infinity War and Final Score.

A more complete current roster of celebrities for each event is available along with dates, times and other information at www.wizardworld.com, with additional headliners to be announced.

Wizard World Comic Con events bring together thousands of fans of all ages to celebrate the best in pop culture: movies, television, gaming, live entertainment, comics, sci-fi, graphic novels, toys, original art, collectibles, contests and more. The Portland show, held at the Oregon Convention Center, is set for April 13-15. The Philadelphia event is set for the Pennsylvania Convention Center, May 17-20. Wizard World will celebrate the 20th anniversary of Wizard World Comic Con Chicago, August 23-26 at the Donald E. Stephens Convention Center in Rosemont, Illinois. At all shows, kids 10 and under are admitted free with paid adult.

The 2018 Wizard World convention schedule is available at http://www.wizardworld.com/comiccon. 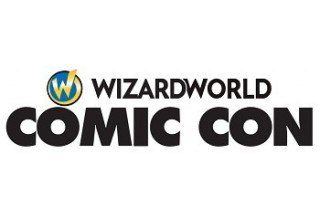