LONDON, June 25, 2019 (Newswire.com) - Greenlit funding has teamed up with film director David Wilkinson, along with his company Guerilla Films, with the aim to raise funds for a documentary that promises to capture the testimony of survivors of the Holocaust and demands an answer to the question: Why were so many of the perpetrators allowed to get away with murder?

As the world approaches the 75th anniversary of the liberation of Auschwitz, anti-semitism is on the rise in the U.K. and elsewhere in Europe. In these troubling times, it is important that people are reminded of the past so that past mistakes are not repeated. The making of the documentary is now urgent. With the youngest survivors being in their late 70s, it is important that their stories are recorded before they become lost to time forever.

David Wilkinson, a professional in the entertainment industry for 49 years, is a champion of difficult and daring film projects that others have shied away from. Delivering these past projects to great success, David seeks to do this again with this latest documentary and asks that the British public become part of this journey via the crowdfunding site Greenlit.

Director David Wilkinson - “The premise of this documentary is, in many ways, simple: to discover why so many of those who committed murder during the Holocaust were never prosecuted or even questioned … We are looking for people to support the film who, like us, want an answer to that fundamental question.”

Greenlit founder and CEO Peter Storey - “At Greenlit, we’re delighted to be working on as significant a project as 'Getting Away with Murder(s).' It’s a serious and timely theme, having been developed over many years by a passionate and experienced filmmaker. David has been a stalwart of the British independent film scene for many years and it’s a privilege to help him build an audience and raise important funds.”

The documentary will feature interviews with leading experts, including Robin Lustig, British journalist and radio broadcaster, who has presented the BBC Radio 4's "The World Tonight" and BBC World Service's "Newshour"; Professor Mary Fulbrook, who was awarded the 2019 Wolfson History Prize for her groundbreaking book "Reckonings: Legacies of Nazi Persecution and the Quest for Justice"; Stephen Smith of the Shoah Foundation; his brother James, head of the Aegis Trust; Auschwitz survivors Kitty Hart-Moxon and Arek Hirsch, and many more.

What is different about Getting Away with Murder(s)?

There have been so many excellent films and TV programmes about the Holocaust, but Getting Away with Murder(s) is the first feature-length documentary for the cinema to explore how, and why, the execution of the London Agreement fell short. As David Wilkinson’s research into the Holocaust and its aftermath progressed, the more he discovered ever-further, indisputable evidence of mass murder and questioned why so few were prosecuted. https://greenlit.fund/project/getting-away-murders

About Greenlit: At Greenlit, we have a simple mission: To connect the community of creative filmmakers with stories to tell to those who support them, share their vision and want to join them on the journey of making a film. We are here to help filmmakers raise their budgets and build their audiences within an inspiring environment. 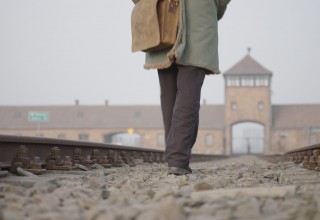 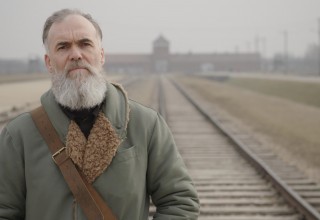 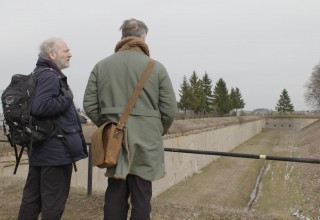