NEW YORK, September 13, 2022 (Newswire.com) - Graham Windham, a pioneering nonprofit for New York City children and families, is pleased to announce that R. Kenneth Bryant and Richard Rothman have been elected Co-Chairs of its Board of Directors. They succeed Georgia Wall, who has taken on new leadership roles as Senior Vice Chair as well as Chair Emeritus.

Founded in 1806, at a time when America offered little protection to children, a group of visionary women—including Isabella Graham and Eliza Hamilton—opened New York City's first private (secular) orphanage that endures today as Graham Windham. With a dedicated team of 450 staff members and volunteers, Graham helps over 4,500 children and their families to achieve their education, work, and life goals.

"No one since Isabella Graham has had a greater impact on Graham Windham than Georgia Wall," stated President/CEO Kimberly Watson. "Isabella created models for innovation in human services for women and children that made philanthropy a key driver. She set an ambitious vision for civil society into practice in ways that inspired countless others. Likewise, Georgia's leadership fueled programmatic innovation and bold new initiatives, including the Graham SLAM coaching model that is being widely adopted across New York City and other cities. Georgia's passion, generosity, and drive are truly inspirational," said Watson.

Graham Windham will honor Georgia Wall at its annual Gala Benefit on Tuesday, May 23, 2023, for her extraordinary leadership and service, spanning 30 years as a Board member and 19 years as Chair.

"It is an honor to have led Graham Windham through an era of tremendous innovation and evolution," said Georgia Wall. "The organization has never been in a stronger position to help New Yorkers overcome some of life's most daunting challenges and thrive in school, work, and life-at-large. We are fortunate to have Ken Bryant and Rich Rothman as our new Co-Chairs. This dynamic duo—working in close concert with the full Board, our dedicated staff, and the entire Graham family—makes for a warm, effective, and unstoppable force for good," said Wall.

Ken Bryant and Rich Rothman issued a joint statement about their appointment, saying:

"We are humbled to have been selected to Co-Chair the Board of Graham Windham. For 216 years and counting, the organization has been at the forefront of helping children and families succeed in the face of tremendous obstacles," they said. "Graham Windham's legacy endures due to the unique culture and team spirit that courses throughout the entire agency. The innovation Graham brings in pioneering novel approaches, the disciplined way Graham measures its outcomes in its drive to achieve ever better results, and the partnerships it builds with organizations across the city to amplify its impact - all combine to account for Graham's success."

Ken Bryant is a co-founder and Managing Partner of Sidereal Capital Group, a boutique private equity firm providing growth capital to family and founder-owned businesses. He has extensive investment experience across a number of sectors, including manufacturing, business services, education, media, and infrastructure. A native New Yorker, he began his career as a Project Manager at the New York City Economic Development Corporation. Ken joined Graham Windham's Board in 2002 and has served in a number of leadership roles, including, most recently, as Treasurer. He graduated from Harvard College with an A.B. in Government. He also earned an M.B.A and M.A in International Studies from the Wharton School of Business at the University of Pennsylvania.

Richard Rothman joined Graham Windham's Board in 2011, and has served in various leadership roles, most recently as Senior Vice Chair. He is Special Pro Bono counsel to Weil Gotshal & Manges LLP and former co-head of Weil's global Complex Commercial Litigation practice. Rich also Co-Chairs the Incarcerated Gender Violence Survivors Initiative. He has previously served as President of the Federal Bar Foundation; Director of the Legal Aid Society; Trustee of the Federal Bar Council and Chair of the Council's Second Circuit Courts and Public Service Committees; Trustee and Counsel to the Board of the American Red Cross of Greater New York; and Chair of the Board of Volunteer Lawyers for the Arts. His many honors include the Abely Award from Sanctuary for Families Center for Battered Women's Legal Services, the Distinguished Alumni Award from Washington University Law School, the Human Services Council's Changemakers of New York Award, and the Above & Beyond Pro Bono Achievement Award from Sanctuary for Families.

In full partnership with families and communities, Graham Windham strives to make a life-altering difference with children, youth & families who are overcoming some of life's most difficult challenges and obstacles. 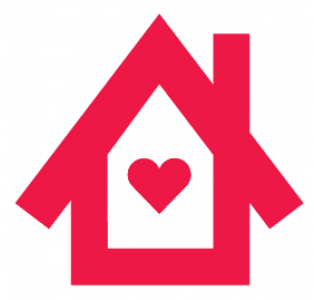