Government Institution in Spain Promotes the Anniversary of Dianetics

May 9 marked the day in 1950 that Dianetics: The Modern Science of Mental Health by L. Ron Hubbard rolled off the presses, igniting a wildfire movement overnight. The Pluralism and Coexistence Foundation now lists May 9 as a religious holiday in Spain. 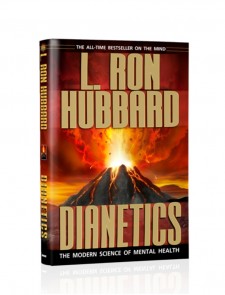 LOS ANGELES, May 2, 2020 (Newswire.com) - The revolutionary discoveries in Dianetics: The Modern Science of Mental Health, published on May 9, 1950, inspired a movement spanning every continent on Earth.​

The book immediately soared onto the New York Times bestseller list where it remained for 26 consecutive weeks. It is unquestionably the most popular book ever published on the human mind.

This week, May 9 was announced as a religious holiday in Spain by the country’s Pluralism and Coexistence Foundation, an institution established by the Council of Ministers on the recommendation of the Ministry of Justice to contribute to the promotion of freedom of religion in Spain—a fundamental right enshrined in the Spanish Constitution.

The Church of Scientology was officially recognized as a religion in Spain on 31 October 2007, when the National Court in Madrid issued a unanimous landmark decision affirming its right to be registered as a religion under Spanish law.

Ordinarily, Scientology Churches and Missions hold events each year to mark the anniversary of Dianetics. Parishioners gather to celebrate the day and to acknowledge Dianetics counselors and groups who deliver Dianetics technology in their community or region.

But this is no ordinary year.

On May 9, 2020, Scientologists will be at home in compliance with regulations to end the coronavirus pandemic. But they are staying connected through social media and are advancing their knowledge and understanding of their religion through extension courses on the Basic Books and lectures of Dianetics and Scientology, the LRH Congresses Lectures, and his Advanced Clinical Course Lectures.

They are also signing up for DAILY CONNECT on the Scientology website.

During this time period of “stay at home,” staying in communication is more important than ever. So the Scientology Network has launched Scientologists@Home—a series of short films, shot by Scientologists in their homes, showing what each is doing in their own unique way to put Scientology technology into application.

The Church has also published the How to Stay Well Resource Center to prevent the spread of illness and help people keep themselves and others well.

With the motto “an ounce of prevention is worth a ton of cure,” the website includes information on how viruses and bacteria spread, how to properly wash your hands, the proper use of masks and gloves, social distancing tips, how to clean and sanitize your home, and what to do if you become sick or have symptoms.

The website is now available in 20 languages and is offered as a public service by the Church of Scientology.

For more information, contact publicaffairs@churchofscientology.net or visit the Scientology Newsroom.