McKenzie's critically acclaimed filmed stage performance received a limited theatrical release in 2008 in several cities prior to an exclusive distribution to U.S. high schools as an educational DVD.

“I appreciated that the film was made available exclusively to high schools after its initial release,” McKenzie said. “I’m glad that its message will have an opportunity 10 years later to reach a wider audience.”

“When the movie's rights reverted back to us we jumped at the opportunity to share Ben's riveting performance with his many fans,” said Greenwood Hill producer and the film's director, Rowan Joseph. “As a filmed stage play it was never intended as a remake of the classic 1970 movie. This version, as in Trumbo's original novel, tells the story from the wounded soldier's POV, fully conscious and trapped inside what remains of his wounded body.”

The story takes place in the mind of 'Joe Bonham,' a quadruple amputee who has also lost his eyes, ears, nose, and mouth. Regaining consciousness, Joe discovers that while his brain is healthy and able to reason, the rest of his body is irreparably shattered, leaving him trapped forever within the confines of his own imagination. Tapping his head in Morse code, he breaks through and pleads with his caretakers to be put on display as a living example of the cost of war.

The original 1982 Off-Broadway production starred a then 28-year old Jeff Daniels, who won an Obie Award for his performance. McKenzie was the same age when his stage performance was filmed at the Luckman Theatre at California State University, Los Angeles.

McKenzie currently stars as "Detective James Gordon" in the FOX series “Gotham,” which returned for its fifth and final season on January 3rd. In addition to his on-screen duties, McKenzie has also directed a number of episodes of the series.

"Johnny Got His Gun" was edited by three-time Academy Award nominee Jay Cassidy, and will be available for rent and sale on iTunes and Google Play; as well as, YouTube Movies, Steam, Microsoft Movies, Fandango Now, Xbox Live, Vudu and Amazon beginning February 7, 2019. 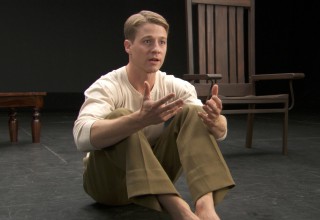 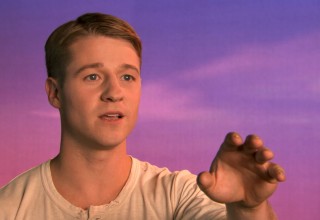 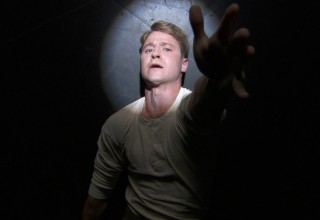 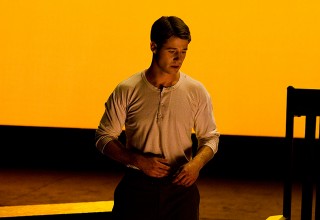