First Gorillaz Toy in Over 10 Years 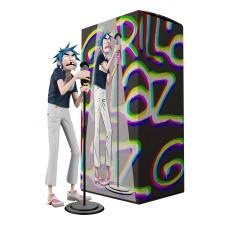 The collaboration sees Gorillaz lead singer 2D immortalized in vinyl and is the first Gorillaz toy of its kind in over ten years since Gorillaz co-creator Jamie Hewlett first worked with Superplastic founder Budnitz on the iconic vinyl Gorillaz toys back in 2005. The oversized 12-inch collector’s edition toy features glowing LED eyes; a mic stand and Hewlett’s iconic art realized with Budnitz’s famous eye for quality.

Superplastic founder Paul Budnitz said, “Gorillaz is a massive inspiration, and I’m incredibly thrilled to be working with Jamie on toys again.”

2D said “I was out window shopping for the holiday season or something like that, and in one window I saw my reflection. But I looked so much smaller. And it looked like I was singing.”

Budnitz, who created the original Gorillaz toys in collaboration with Hewlett almost ten years ago, is often credited with popularizing the art toy movement around the world and is also well known as co-creator of synthetic celebrities Janky & Guggimon.

Virtual group Gorillaz is singer 2D, bassist Murdoc Niccals, guitarist Noodle and drummer Russel Hobbs. Created by Damon Albarn and Jamie Hewlett, their acclaimed eponymous debut album was released in 2001. The BRIT and Grammy Award-winning band’s subsequent albums are Demon Days (2005), Plastic Beach (2010), The Fall (2011), Humanz (2017) and current album The Now Now (2018). A truly global phenomenon, Gorillaz have topped charts around the world and toured the globe from San Diego to Syria, picking up hundreds of millions of streams and record sales along the way. Gorillaz have achieved success in entirely ground-breaking ways, winning numerous awards including the coveted Jim Henson Creativity Honor.

* The band are recognised by The Guinness Book Of World Records as the planet’s Most Successful Virtual Act.

Superplastic is a character-based product and animated entertainment company famous for synthetic celebrities, Janky & Guggimon, as well as its sold-out line of limited-edition designer toys and apparel. The company was founded in 2018 by well-known artist & entrepreneur Paul Budnitz (Kidrobot, Ello, Budnitz Bicycles), and recently completed a $10 million series A in 2019. Legendary toy artist Huck Gee is head of creative. Superplastic is based in Burlington, Vermont with satellite offices in New York and San Francisco.

Superplastic is the world's premier creator of animated synthetic celebrities, designer toys, and apparel. We're home to Janky & Guggimon, and most of the stuff we make sells out in minutes. 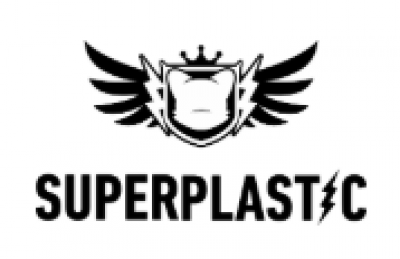