A psychologist and an actress sit down with the wonderful, real people of Los Angeles and discuss who they are and what they love (and hate) about LA. Shenanigans may ensue. Part comedy and part human-interest, this new show reveals a different aspect of LA life. 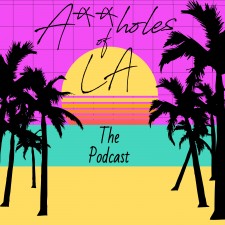 VENICE BEACH, Calif., September 13, 2018 (Newswire.com) - Pop-culture headlines and reality television typically portray the people of Los Angeles as fake, plastic-surgery socialites, celebrities, Instagram models, narcissists, or Hollywood Industry ball-busters. But what doesn’t get represented is the fact that Los Angeles is a vibrant metropolis full of quality, good-hearted, socially engaged, and diverse people. “Los Angeles is actually full of so many amazing and kind-hearted people,” says Sarah Neustadter, Ph.D., psychologist and co-host and co-creator of A**holes of LA. “It’s the level of emotional and social intelligence of the people on the ground doing great work for their communities that keeps us here. Otherwise, it’d be a wasteland.”

Each episode, co-hosts Solange and Delphine (characters from an old French film) sit down with a unique and good-hearted individual from a particular part of Los Angeles and get to know who they are, what they care about, and how the greater community can pitch in and help them with an area in their life. Other segments unfold such as Truth or Dare and Relationship Updates. Recording from Venice Beach, California, the overall vibe is quirky, sometimes zany, oftentimes daring, but authentic and human. “We wanted to show the fun, silly side of LA in addition to its core of realness,” co-host Delphine says. “Los Angeles gets a bad rap but it’s actually one of the most creative, progressive, and spiritual places in the world. It’s not all jerks in the slightest.”

We wanted to show the fun, silly side of LA in addition to its core of realness. Los Angeles gets a bad rap but it's actually one of the most creative, progressive, and spiritual places in the world. It's not all jerks in the slightest.

Spending time with A**holes of LA hosts Solange and Delphine, is like “hanging out with my cooler, funnier friends,” says one reviewer of the show. What adds value is the backgrounds, authenticity, and point of view of each of the hosts. As self-proclaimed “cat-ladies,” Solange is a transpersonal psychologist, born and raised in New York City but aspiring Angeleno of 10 years. Delphine is a Broadway, television, and film actress and Reiki healer who lives in the enchanted valley of LA.

To tune in and learn more about this layer of Los Angeles culture, find the show on iTunes, Spotify, Google Play and Stitcher.

To listen to the podcast, please visit: 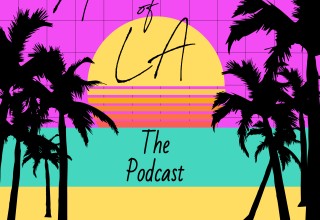 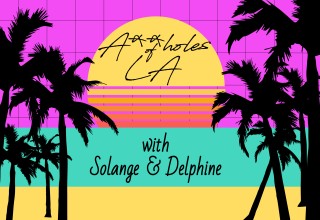