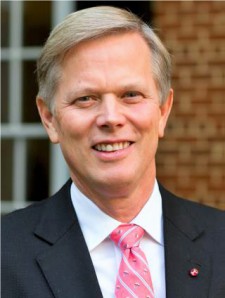 ST. LOUIS, August 27, 2019 (Newswire.com) - Goedeker’s has named Doug Moore as Chief Executive Officer. Goedeker’s is an industry-leading Direct to Consumer (DTC) appliance and furniture e-tailer. Moore succeeded Steve Goedeker, who has led the company since 1977. Moore’s arrival signals a new era for the e-tailer, as greater investments will be placed on advancing Goedeker’s almost endless selection of online offerings. The company is well-equipped to drive sustained growth through the continued evolution of its expanding online presence, and it is expected to continue to do so with Moore at the helm.

“I am excited to lead the Goedeker’s team, as we make investments and expand the current business platform. We intend to accelerate our DTC capabilities into a stronger market position within the Direct to Consumer U.S. appliances, furniture and housewares markets,” said Doug Moore.

With a majority of the Company’s sales occurring online, Goedeker’s is strategically positioned to benefit from the increasing demand for white goods and an accelerating shift towards online sales. Moore intends to continue the company’s legacy of being known for excellence and assumed his new role on Aug. 20, 2019.

Originally founded in 1951, Goedeker’s is widely recognized as a long-standing authoritative voice in the appliance industry. With a dominant platform in the DTC appliance retail space, it maintains an extensive brand and product portfolio. Goedekers’ offers a strong brand assortment, including KitchenAid, Whirlpool, Maytag, GE, Monogram, Electrolux, Bosch, Samsung, LG, Frigidaire, Dacor, Ashley, Summit and an almost endless aisle of products for consumers.