This is the twentieth consecutive survey since the turn of the century that Global Language Monitor has tracked the Word of the Year.

AUSTIN, Texas, December 17, 2019 (Newswire.com) - ​​​​​​​​​Global Language Monitor, a company that documents, analyzes, and tracks trends in language usage worldwide, has announced that ‘Woke’ is the Top Word of the Year (#WOTY) for 2019. Woke has also dramatically risen in use during the last decade.

“In progressive-based language, ‘woke’ describes an epiphany-like experience, where one is awakened to the call of social justice and the failures of the past,” said Paul JJ Payack, president and chief word analyst of the Global Language Monitor. “Every generation in the Post-Modern era has had similar experiences be they Civil Rights, the Vietnam War, the Women’s Movement, LGBT rights, and beyond. A key distinction here is that the sins of the past are now viewed in the context of the present as subjects to be rectified.”

‘Woke’ traces back through the Old English and is defined as to arise, to come to be, and to be born. It’s from Anglo-Saxon and Old High German ultimately from Proto-Indo-European root ‘weg’ defined as to be strong and to be lively.

'Woke,' the Top Word of the Year for Global English has dramatically risen in use in the U.S. during the last decade as shown in the Google Ngram.

Progress as the Top Un-trending Word

In a first, GLM named the Top Un-trending Word (or Decliner) for 2019, which is thus far ‘Progress.’ Payack noted, “The concept of progress has had a profound influence on the advance of Western Civilization since ancient times. The idea of ‘progress’ as espoused in the works of Enlightenment thinkers had considerable influence on the drafters of the Declaration of Independence and the U.S. Constitution. The word though has significantly fallen especially since the mid-1960s as shown in the Google Ngram.

In 2018 there were two distinct Words of the Year (#WOTY): The Moment — A confluence of fame, fortune, and happenstance (Worldwide), and Weaponize — In today’s bitterly partisan infighting, any word, action, or deed can and will be weaponized (U.S. alone).

Global Language Monitor began recording the Top Words of the Year in 2000 to document the history of the 21st Century through the English language, the world's first truly global language. The words are culled throughout the English-speaking world, which as of January 2018 ranks more than 2.58 billion speakers. Global Language Monitor employs its NarrativeTracker technologies for global internet and social media analysis.

NarrativeTracker is based on global discourse, providing a real-time, accurate picture about any topic, at any point in time. NarrativeTracker analyzes the internet, blogosphere, and the top 300,000 print and electronic global media as well as new social media sources as they emerge.

Global Language Monitor has also provided a list of the Top 20 Trending Words of the Year for 2019 ranked to date, including last year’s ranking (number after the word) and a brief description or commentary of usage.

Global Language Monitor has also released the Top Trending Words/Phrases of the Year for 2019 related to the call of social justice ranked to date, including last year’s ranking (number after the word) and a brief description or commentary.

In addition, the Global Language Monitor has also tracked the Top Words, Phrases and Names of the 21st Century. More information about these and the company can be found at Languagemonitor.com.

Based in Austin, Texas, the Global Language Monitor collectively documents, analyzes and tracks trends in language usage worldwide, with a particular emphasis upon the English language. The company is known for its Word of the Year, political analysis, college and university rankings, high-tech buzzwords, and media analytics. For more information, visit Languagemonitor.com. 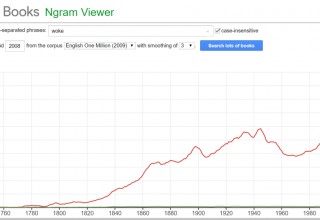 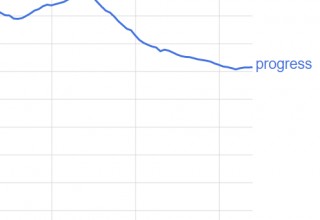