MIAMI, October 11, 2018 (Newswire.com) - On the evening of Saturday, Oct. 6, Global Empowerment Mission (GEM) held their annual fundraiser gala at the Island Gardens Yachting Resort where hundreds of people around the globe gathered to join GEM in honoring those who have made extraordinary contributions to humanitarian aid, making a positive and impactful difference in the global community.

During 2017 and 2018 Global Empowerment Mission was able to send 55 planes and 106 containers of Aid to the victims of Hurricane Irma and Maria within 10 countries of the Caribbean. In addition, GEM was able to complete 83 missions to Haiti since the 2010 Earthquake that rocked the country. During this time, GEM placed over 40 students in private schools as well as providing housing and supporting all of the student’s medical needs. GEM has also completed three trips to Guatemalan Volcano victims by bringing aid, fire and rescue personnel and delivering BStrong gift cards to shelters throughout the hardest hit areas. GEM delivered gift cards and aid to the victims of the devastating Hawaii Volcano to two (2) Puna Shelters. GEM delivered aid and BStrong gift cards to three (3) shelters in South Carolina after Hurricane Florence.

“It was incredibly important to the GEM board to recognize the individuals who put their hearts, blood and sweat into serving humanity in these latest tragedies. Our planet is going through massive changes. Hurricanes, Tsunamis, Volcano Eruptions, Earthquakes and Wildfires are rapidly increasing in frequency.

“Our main objective with this event was to honor these people’s efforts. GEM and Third Wave Volunteers need to be fully prepared with an army of resources, supporters, funding and volunteers.

“ Bethenny and these honorees have been instrumental in all of this. Our main objective is to create a movement where giving and serving those in need becomes the new norm. This is what it’s really all about, helping to raise the level of consciousness and empathy towards other beings.”

None of this would have been possible without the people and companies who have helped Global Empowerment Mission since its inception and thus, GEM decided to honor them at their annual gala fundraiser.

Finally, after culminating a nineteen (19) year relationship with City of Miami Beach, founder of Global Empowerment Mission, Michael Capponi, was awarded the highest honor - a Key to the City from City Commissioner, Michael C. Gongora and Mayor Gelber.

GEM is currently mobilizing to assist people in the Florida Panhandle for Hurricane Michael.

About Global Empowerment Mission: Is a 501(c)(3) nonprofit organization founded by Michael Capponi in 2011. GEM was created in order to empower people struck with tragedy by providing emergency aid, food, housing, quality education, job creation in developing countries in order to have a self-sufficient and sustainable economy, ultimately eliminating their dependency on foreign aid. www.globalempowermentmission.org 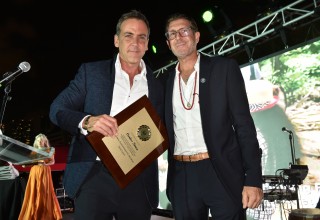 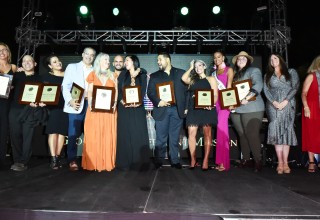 We are a full service, public relations and marketing agency. Beyond the scope of media relations, we specialize in brand development through highly strategic media outreach plans that enable us to bring our clients to new heights.