New York, London and Tokyo are the top three. The United States and China have 66 and 37 cities on the list, respectively.

A city's brand is not only a valuable resource of a city but also a driving force for city development, in that the brand value of a city directly affects the flow of capital, information, commodity and talent into the city. A clear city brand strategy can enhance the city's standing and strengthen its cohesion. Global City Lab is the world's first professional institution engaged in the evaluation of city brand value, calculating for major cities in each country based on the analysis of six dimensions: economy, culture, governance, environment, talent and reputation. Global City Lab releases the analysis report of "2019 Global Top 500 Cities" every year. ​

The 2019 Global Top 500 Cities are distributed across six continents, in which Europe, Asia and North America account for more than 80% of the list. Europe ranks first with 177 cities, followed by Asia with 151 cities, while North America ranks third with 96 cities. With fewer countries in the continent, Oceania has only 19 cities on the list, ranking last.

City brands are also a symbol of national power. The 2019 Global Top 500 Cities are distributed in 124 countries, among which the United States ranks first with 66 cities and China ranks second with 37 cities; the aforementioned occupy 20% of the list. Moreover, Japan ranks third with 25 cities on the list, while the United Kingdom, India and Germany rank fourth to sixth. As one of the countries with the world's largest territory, Russia has only 10 cities on the list. In comparison, as the largest developing country, China not only has the top 20 international metropolises such as Hong Kong, Shanghai and Beijing, but also comprehensively developed second-tier international cities such as Shenzhen, Guangzhou, Taipei and Suzhou, demonstrating its strong momentum of development.

How to build a city brand? First, the city must be able to tell a story, which needs recognition from local residents, that is, to find out the common language, common impression and common memory to build a consensus. As the chief researcher at Global City Lab, Dr. Xiaoyang Wang from Oxford University said that, city brand is one of the most important intangible assets and is the embodiment of a city’s core competitiveness. Brand building can promote the sustainable development of urban economies. In the era of globalization and information technology, the promotion of a city brand becomes unprecedentedly critical. Building a city brand makes the city possess the characteristics of heterogeneity in the media and the public and highlights the advantages of the city itself during the fierce competition. The construction of a city brand should be a crucial task afforded by urban governance and policymakers.

City leaders have recognized the importance of a city to build a competitive international brand. As such, urban branding is becoming a very promising public management tool. Global City Lab is a specialized urban research, consulting and evaluation agency based in New York. As a new urban think tank, the mission of the Global City Lab is to provide comprehensive urban expert network services to cities, enterprises and non-profit organizations around the world, especially to provide clients with industry-wide and cross-sector assistance, covering topics from planning, housing, environmental, finance and branding to public policy. 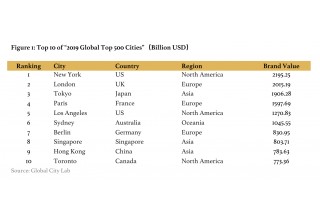 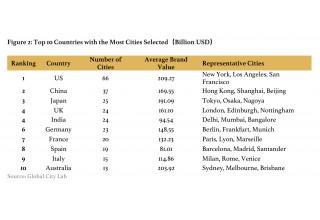 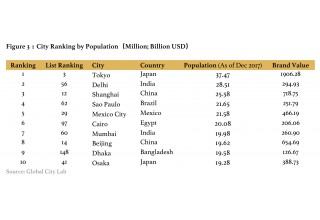 World Brand Lab, established in New York City, is a leading independent consultancy of brand valuation and marketing strategy in the world. 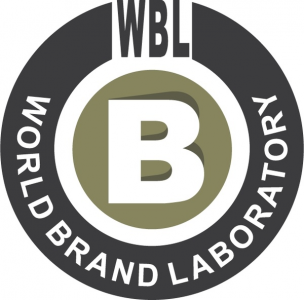 World Brand Lab Releases '2020 World's 500 Most Influential Brands'
Amazon, Google and Microsoft claimed the top three slots; the United States had the most representation, with France, Japan, China and the UK following behind as the second camp
World Brand Lab - Dec 16, 2020