The debate over net neutrality might get resolved from a different angle. 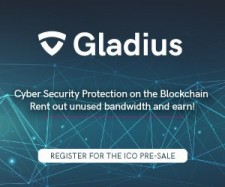 RENO, Nev., November 30, 2017 (Newswire.com) - The debate over net neutrality is making headlines yet again in the past couple of weeks. Should the government regulate net neutrality? Depends on who you ask.

Those who argue for regulation, essentially claim that over 51 percent of American households have the ability to only use one ISP. In theory, this can mean that an ISP can prioritize certain websites over other websites for their users by slowing down the connection to those sites or blocking the access altogether. In his show “Last Week Tonight” from May 2017, John Oliver talked about how T-Mobile, AT&T, and Verizon were blocking “Google Wallets” on their phones in order to promote their competing wallets, as an example for this. They demand regulation in order to prevent this from happening.

Their decentralized blockchain CDN will be based on the users, allowing clients to choose networks that will best fit their location, price, and availability.

Those arguing against net neutrality regulation, say that it is based on an old rule (title II is about a century old, from the depression era), that it will discourage investment, and mostly they argue that everything worked fine before 2015, and before net neutrality was ever an issue, that ISPs have not blocked any content then, and that by nature, regulation is not a free market solution.

How would blockchain technology resolve this matter?

Whenever the subject of free market is brought up, one of the first things that come to mind are the cryptocurrencies. The idea behind Bitcoin, the first and currently strongest cryptocurrency, has inspired many others. Many companies are offering various decentralized, blockchain-based products and services calling for a revolution.

Gladius one such startup, usually mentioned for their DDoS protection service, may actually offer an elegant alternative solution to this very question.

Content Delivery Network (or CDN) is a way to make internet faster, so to speak, by distributing content based on geographical proximity to servers and their data centers. Today, these servers are centralized, owned by the ISPs, content providers or by third parties such as Akamai or Incapsula. The CDN market’s worth is expected to grow to $15.73 billion dollars by the year 2020. By 2021, 71 percent of all internet traffic will go through CDNs.

Much like the DDoS protection that they are offering, where users will “rent” out the bandwidth that they are not using at the moment for this purpose, their decentralized blockchain CDN will be based on the users, allowing clients to choose networks that will best fit their location, price, and availability. In their own words, “Gladius works similarly to traditional CDN and DDoS protection companies by creating a custom proxy which sits between a website’s server and the open internet. However, unlike traditional networks, the layer that sits between the website and the internet is made up of small clients that split up the traffic verification and cached files/content into thousands of tiny parts that are able to communicate with each other in fractions of seconds.”

Using Gladius, working with their CDN and widening the network, will make the control and influence of ISPs completely negligible and insignificant, resolving the issue altogether.