The initiative, dubbed 'A Week to Change Direction,' will bring together individuals and organizations from around the world for a week of action, advocacy and culture change. Give an Hour also announced that its broader Change Direction Campaign has officially reached 700 partners.

WASHINGTON, May 29, 2019 (Newswire.com) - Give an Hour, a national non-profit organization that has been providing free mental health services and working to change the culture of mental health since 2005, announced a first-of-its-kind global effort, taking place June 9 to June 15, called A Week to Change Direction. This global public education initiative will be a dedicated week of action, advocacy and culture change around mental health. Participants will be encouraged to educate their communities on the Five Signs of Emotional Suffering, which are personality change, agitation, withdrawal, poor self-care, and hopelessness, and to take action in their communities to remove the barriers that prevent those in need from seeking and receiving care.

“Mental health disorders are increasing in every country around the world and are expected to cost the global economy $16 trillion by 2030. While we are beginning to see a shift in perceptions, attitudes, and behaviors, there is much more that needs to be done to save lives and resources,” said Barbara Van Dahlen, Ph.D., Founder, and President of Give an Hour. “We are honored to host the first-ever globally-coordinated week-long effort focused on changing the way we think about, talk about and address mental health, emotional well-being and mental illness.”

As part of A Week to Change Direction, participating organizations and individuals are empowered to become part of the solution by taking actions that raise awareness in their communities. So far, this initiative has attracted participation from high-profile organizations including Facebook, Meadows Mental Health Policy Institute and its Okay to Say campaign, IBM, Aetna, Florida State University and the Department of Veterans Affairs.

“At VA, suicide prevention is a top priority, and we recognize that we cannot end Veteran suicide by ourselves,” said Dr. Keita Franklin, Executive Director for Suicide Prevention in VA’s Office of Mental Health and Suicide Prevention. “During A Week to Change Direction and all year long, VA’s partnership with Give an Hour expands our ability to reach Veterans with lifesaving resources and support where they live, work and thrive.”

To help participants maximize their reach and impact, Give an Hour has provided recommended actions and a toolkit that can be accessed from www.changedirection.org. A Week to Change Direction has already become a global effort with projects registered in 18 countries including Australia, Burundi, Canada, China, Colombia, Czech Republic, Finland, Germany, Italy, India, Kenya, Rwanda, South Africa, Turkey, Tanzania, United Kingdom, Uganda, and the United States.

Founded by Dr. Barbara Van Dahlen, a psychologist in the Washington, D.C., area, Give an Hour seeks to develop networks of skill-based volunteer professionals capable of responding to both acute and chronic conditions prevalent within society. Since 2005, the non-profit organization has provided free mental health services to U.S. service members, veterans and their families. In 2015, Give an Hour expanded efforts to address the mental health needs of other populations, including at-risk teens, survivors of gun violence, victims of human trafficking and those affected by natural and man-made disasters. Thus far, the U.S. network of 7,000 licensed mental health professionals has provided more than 284,000 hours of care and support to those in need, valued at $28 million. Learn more at www.giveanhour.org and www.changedirection.org.

About Campaign to Change Direction

The Campaign to Change Direction is a coalition of concerned citizens, non-profit leaders, and leaders from the private sector who have come together to change the culture around mental health, mental illness and wellness. The campaign encourages everyone to pay attention to their emotional well-being, and it reminds us that our emotional well-being is just as important as our physical well-being. This collective impact effort is led by Give an Hour and was launched in March 2015.

Source: Give an Hour 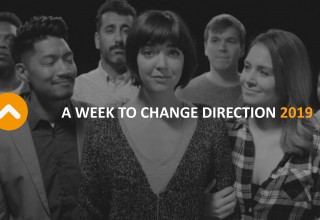 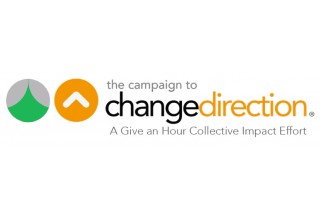 By harnessing the skills and generosity of citizens across our nation and around the world, we provide those in need with help and hope. We offer those who care the opportunity to give.

Sally Charney
Director of Marketing and Special Partnerships, Give an Hour
gro.ruohnaevig@yenrahcs
703-582-6672