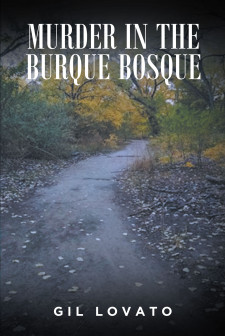 ALBUQUERQUE, N.M., January 13, 2022 (Newswire.com) - Fulton Books author Gil Lovato, a degree holder of BS in Criminology and MA in Public Administration, an alumnus of the FBI National Academy, a retired captain of the Albuquerque Police Department; has completed his most recent book "Murder In The Burque Bosque": a genuinely compelling novel that is undeniably a new-found gem in the crime and mystery genre. It presents Police Detective Sergeant Daniel Garcia and his urge to close the murder case of his twin brother. Narrated in the third person point of view, the author brilliantly connects the murder that happened in the late 1980s and the approaching tragedy in 2013. Will Sergeant Garcia be able to save his daughter and finally put closure to his twin's untimely death?

Lovato shares, "For years, Police Detective Sergeant Daniel Garcia has grappled with the unsolved murder of his twin brother. Unbeknown to Garcia, today his daughter sits in a high school history classroom that is being taught by a teenage serial murderer. Will his daughter meet the same fate as his twin brother?"

Published by Fulton Books, Gil Lovato's book is an oddly satisfying work filled with heart-stopping scenes. Each scene is richly written, especially the part where the main character finally approaches the climax of the story.

Engrossing and bone-chilling, Gil Lovato's masterpiece will definitely stay in the minds of the readers for quite some time.

Readers who wish to experience this gripping work can purchase "Murder In The Burque Bosque" at bookstores everywhere, or online at the Apple iTunes store, Amazon, Google Play or Barnes & Noble.

Paul Ramey's New Book 'The Ibex That Couldn't Climb' Is a Wonderful Tale That Teaches Everyone the Significance of Believing in Themselves
Fulton Books - Jan 25, 2022