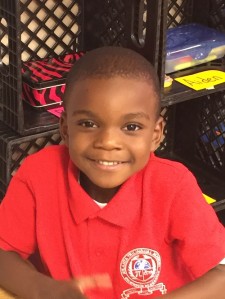 Atlanta, GA, May 24, 2016 (Newswire.com) - ​​​​​Inspired by a young boy who taught himself how to read at the age of two, the Little Buzz Book Club is a monthly delivery of exciting new and classic children's books featuring African, Caribbean and African-American Cultures. But it's not just African-American children's literature that's featured in the monthly subscription box. There are also games, a card from Little Buzz and educational tool kits for parents.  What's more is that there is also an authentic African keepsake in every box.

Most African-American parents understand how challenging it can be to find books for black children and statistics from Cooperative Children's Book Center (CCBC) attests to this. CCBC receives most of the trade books published annually in the United States. In 1985, only 18 of the 2,500 trade books that were published were written by African Americans. Although this number has improved over the decades, statistics still indicate that there is still a diversity gap when it comes to children's book. CCBC's 2015 statistics revealed that of all the children's books received by the Center, only 7.59% featured people of color.

"I was disappointed that I had such a difficult time finding books for my son who loved reading but didn't see himself in many books. Then I realized there were millions of other moms who wanted to inspire their children with stories about characters that looked like them as well."


Little Buzz Book Club is on a mission to promote books about people of color including African and Caribbean culture. The Little Buzz character was inspired by the Founder's six-year-old son, Qadar. At the age of two, Qadar taught himself how to read. He has a rare condition known as hyperlexia - a natural ability to decode and understand words without the ability to speak in conversation. Qadar had a hard time communicating with others but eventually began to mimic conversations he read in the books. As a result, he has developed a love for reading and enjoys putting himself inside of books.

When asked about the motivation to start the subscription box, Sharif-Harris said: "I was disappointed that I had such a difficult time finding books for my son. Then I realized there were millions of other moms who wanted to inspire their children with stories about characters that looked like them as well."
Little Buzz Book Club is the first subscription box that focuses on literature featuring children of color. For this reason it has been generating a buzz among the African-American and Caribbean communities.  The club has more than 33,000 Facebook fans and the number of satisfied subscribers continues to grow. One parent commented: "Asiri was so happy to get her subscription box. It was the first time she did work on her own. Great investment!"