At a time when keto diets are increasingly popular, Gianluca Mech has positioned itself as one of the most medically researched diets of its kind in history. 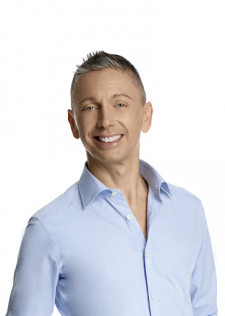 NEW YORK, May 4, 2021 (Newswire.com) - At a time when keto diets are increasingly popular, Gianluca Mech has positioned itself as one of the most medically researched diets of its kind in history.

Grounded in hundreds of years of research, Gianluca Mech has distinguished itself in the study of ketosis, boasting 29 medical studies citing the diet's efficiency, the highest number of international scientific publications in this field. Contrary to the commonly known ketosis, Gianluca Mech's approach is a "phyto-ketosis", namely ketosis "mitigated" by the presence of carefully selected medicinal herbs.

"Our team has devoted itself to the study of how medicinal herbs can better help our bodies," says Gianluca Mech, the founder of the company. "Going back to 1500, our family has been experimenting with herbs, which has led me to create a diet that combines plants with certain proteins to help the body digest them. Our research proves that you can be on a diet and you can eat great tasting food that is good for you."

A typical ketogenic diet is a low-carbohydrate diet that stimulates the body to produce ketones in the liver, which are fat metabolism by-products that are used as an energy source replacing glucose.

The Gianluca Mech Keto diet is based on offering the tastiest Italian keto food during ketosis to make this process easy and pleasant. The company also offers Decottopia®, which is a five-century old method, secret of the Mech family, for extracting and storing active substances of at least ten different plants in liquid form without the use of alcohol, sugar or preservatives.

The Gianluca® method, tested and supported by scientific studies, is the ketogenic diet integrated with phytoextract in which certain plants are used to remove toxins found in soil or water. It offers 25 new flavors (15 sweet, 5 savory and 5 suitable for vegan nutrition). The method increasingly establishes itself as an option for dieters looking for everyday meals that offer a wide variety of options and flavor palates. Based on Gianluca Mech's research, one of the benefits of the phyto-ketogenic diet is that it improves your mood due to the rapid weight loss. Many people finally lose that feeling of constant hunger and there's improved muscle mass.

About The Ascendant Group

Built on referrals and inspired by trust since its creation in 2004, Ascendant Group has worked with the world's leading CEOs and executives ranging from fortune 500 companies, INC 5000 fastest growing businesses, & high performing individual brands.