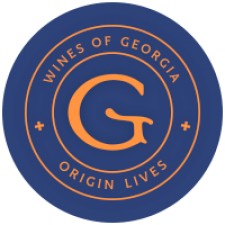 NEW YORK, July 17, 2019 (Newswire.com) - The National Wine Agency of the country of Georgia, a division of the Ministry of Agriculture, released half-yearly 2019 export figures, which reflect continued dramatic market growth in the U.S. The U.S. is now the 10th largest Georgian export market (+88% YOY). This increase follows a three-year average growth surge of 54% year-over-year.

“This growth can be attributed to a blend of three market variables,” reports Julie Peterson, Managing Partner of Marq Wine Group, which has been leading the strategy for the region over the last four years. “Wine professionals have discovered Georgia’s indigenous varietals, which reflect a deep sense of place. There is growing interest in low-intervention wines, and because Georgians have continually produced wines using natural, ancient methods for 8,000 years, they stand at the epicenter of this practice. Finally, the ‘amber’ or skin contact wine category, which emerged a few years ago, continues to build exponentially.”

New York City-based sommelier Pascaline Lepeltier, MS, of Racines NY says: “Low-intervention wines — which often encompass natural, organic, and biodynamic practices — are a growing movement, for which traditionally made Georgian wines are one of the most remarkable examples, not because of anything new they are doing but because they have been making wines this way for 8,000 years.”

The small country of Georgia — located about 1000 km due east of Rome and slightly larger than West Virginia — has a millennia-old home-winemaking tradition. Bordered by Russia, Azerbaijan, Armenia, Turkey, and The Black Sea, Georgia is at a literal geographic crossroads and was on the historic Silk Route. While this location contributed to the country’s rich artistic, culinary, religious, and cultural tapestry, it also invited invasion after invasion. The continual outside influence solidified a strong Georgian identity, as well as created a home winemaking tradition. Today, there are more than 100,000 registered home wineries in this tiny country, as well as 500 registered wine companies. There are a staggering 525 grape varieties currently recorded, with 45 in current commercial production. Fifty-thousand hectares are planted to vine across 10 official wine regions.

About the Wines of Georgia

Home to more than 525 indigenous grape varieties, Georgia’s wine industry has been transformed from a home cottage industry into an artisanal powerhouse, with winemakers producing some of the world’s most unique and distinctive fine wines, using both qvevri and European winemaking methods.

Current scholarship names Georgia as the birthplace of wine. In 2016, in Southwest Georgia, archaeologists discovered clay vessels containing cultivated grape seeds that were dated to 6000 BC, using archaeological, archaeobotanical, climatic, and chemical methods. The results, “Early Neolithic Wine of Georgia in the South Caucasus,” were published in November 2017 by the National Academy of Sciences.

Continually, since the 6th century BC, Georgians have made wine in qvevris, giant clay vessels lined with beeswax and buried underground to keep temperatures constant. Winemakers ferment the juice in these vessels, simultaneously allowing the grape skins to macerate with the juice, which turns what many American consumers expect to be white wines into an amber color, and adding tannin to both the resultant amber and red wines. (European vintners ferment red grapes, along with their skins and stems to lend them color and tannins, but omit them when making white wine.)

Qvevris are still made by hand by one of Georgia’s five “master” qvevri-making families; with the rising popularity of amber and natural wines, there is an increasing demand for qvevris in Georgia and around the world. In 2013, this tradition of Georgian winemaking — which defines the lifestyle of families and communities, and forms an inseparable part of their identity — the United Nations added qvevri winemaking to the UNESCO list of “Intangible Cultural Heritage of Humanity.”

The National Wine Agency of Georgia is tasked to preserve the country’s qvevri winemaking tradition, control the quality of all Georgian wines, and promote these wines globally.

Source: The National Wine Agency of the Country of Georgia 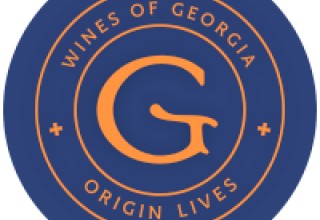 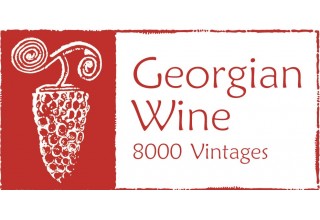 Announcing the First Ghvino Forum: To Advance the Understanding of the Origin and Evolution of Wine Culture
Receptions, Tastings, and Seminars Washington, DC / Nov. 11-13, 2018 / open to the public upon registration
Marq Wine Group - Oct 23, 2018
Newswire