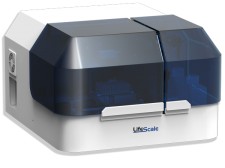 SANTA BARBARA, Calif., June 10, 2019 (Newswire.com) - Affinity Biosensors announced that George Goedesky has joined its team as Vice President of Sales and Marketing. He will lead the rollout of the LifeScale AST system for rapid antibiotic susceptibility tests, now in U.S. clinical trials for identifying targeted therapy for sepsis. George has extensive experience introducing groundbreaking diagnostic technologies that have achieved wide adoption and significant impact on patient care. Most recently, he led the adoption of the Bruker MALDI Biotyper (MBT) platform in the Americas.

“We are thrilled to have George leading the introduction of LifeScale AST in the U.S. clinical microbiology market. He brings an exemplary track record of success, a deep understanding of the clinical utility of new diagnostics, and extensive contacts with leading microbiologists and hospitals. Most of all, it’s George’s passion for improving patient care by introducing game-changing technologies that make him a perfect fit with our effort to revolutionize rapid susceptibility testing with LifeScale AST.”

“I am very excited to be joining the Affinity Biosensors team. Their deep expertise in mass sensing technologies has resulted in a product (Lifescale AST) which can assist in the fight against emerging antibiotic resistance. Lifescale AST offers laboratories the fastest phenotypic AST and does so with a platform that is both cost effective and operationally efficient. I look forward to working with the microbiology community on evaluating and implementing this exciting new product.”

LifeScale AST is an automated benchtop system that performs rapid phenotypic antibiotic susceptibility tests (ASTs). It is currently undergoing a clinical trial to support a submission for FDA 510(k) clearance. The initial submission will be for AST of Gram-negative bacteria from positive blood culture, a test that will greatly reduce the time required to determine targeted therapy for sepsis, a malady which kills over 250,000 patents each year in the U.S. LifeScale AST produces a full phenotypic AST report for 14 key antibiotics in just four hours from confirmation of bacteremia, a significant reduction from the current standard of 1-2 days.  LifeScale AST will significantly reduce sepsis patient mortality and cost of treatment, and inhibit the spread of dangerous multi-drug resistant bacteria. In addition to its unparalleled speed, LifeScale AST is designed to fit seamlessly into existing clinical workflows, and features simple, chemistry-free sample preparation and processing, high throughput, cost-effective operation, convenient room-temperature consumables storage, and compatibility with existing organism identification systems. The system employs unique MEMS-based sensing to measure the masses of individual microbes at high throughput, allowing the fastest possible assessment of phenotypic response to antibiotics. Additional ASTs tests are planned to follow the Gram-negative blood culture AST panel.

Affinity Biosensors and LifeScale AST will be present at ASM 2019, June 21-23, booth #1461 at the Moscone Center in San Francisco.

Affinity Biosensors was founded in 2006 to develop advanced instrumentation for life science and diagnostic applications. In 2010 the company introduced the Archimedes Particle Metrology System, which pioneered the use of MEMS-based microfluidics for particle mass measurement and enabled ultra-precise characterization of protein-based injectable pharmaceuticals. Malvern Instruments (UK) purchased the Archimedes product line in 2014. Since then the company has focused on advancing its core mass-sensing technology to address the global challenges posed by multi-drug resistant infections. LifeScale AST was designed as an easily-extensible rapid phenotypic AST platform that will address a wide range of AST needs, allowing the clinician to determine targeted therapy with unparalleled speed. For more information, please visit: wwww.lifescaleast.com.

LifeScale® is a registered trademark in the United States. 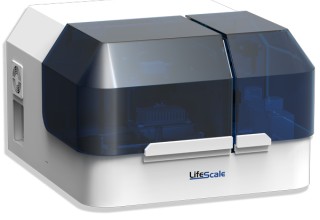 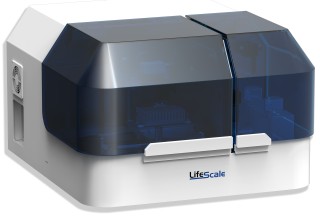