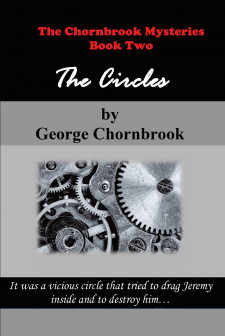 NEW YORK, November 18, 2022 (Newswire.com) - Fulton Books author George Chornbrook, a credentials/background, has completed his most recent book "The Chornbrook Mysteries Book Two: The Circles": a gripping and potent collection of short stories in which mysterious and often tragic events happen in different circumstances and in various time frames.

George Chornbrook discusses his work, sharing, "As a rule, it is up to the official police to find the criminal but sometimes there would be some mystic in a way a crime was solved or prevented."

He continues, "Often when a crime was committed it was about money, the root of all evils according to public opinion which is not totally correct because it is human greed and the people themselves who are the driving force behind each crime."

George Chornbrook is the pseudonym of a person who wears many hats in his life. He has degrees in electrical engineering and philosophy. He has worked as a researcher in an academic institution and as a computer analyst in an investment company and as an insurance agent and a financial adviser.

He coauthored articles in science magazines, essays on current events in local newspapers, and a series of children's stories about his English cocker spaniel, Sir Jeffrey D'Oreilland.

His mystery writing was inspired thanks to his granddaughter, who read a lot and knew a lot.

Readers who wish to experience this captivating work can purchase "The Chornbrook Mysteries Book Two: The Circles" at bookstores everywhere, or online at the Apple iTunes Store, Amazon, Google Play, or Barnes & Noble.