"RAW Power has always had the best integration of any photo app on Apple platforms," said Bhatt. "Customers on Mac and iOS can manage their Apple photo libraries and edit images with RAW Power's superior and easy-to-use editing tools that provide maximum control over Apple's RAW engine. With version 3.3, RAW Power adds support for cameras beyond what Apple provides, and editing tools like Split Toning. Both Mac and iOS apps now have an unlimited free trial so many more photographers can experience everything RAW Power has to offer."

RAW Power tightly integrates with both the Photo library and the Files.app, so photographers can choose where to store their images. In addition to Extended RAW, Version 3.3 adds two significant improvements for the Files.app: import of images into folders; and Referenced Folders. With Referenced Folders, photographers can connect an external drive to their iPad or iPhone and edit images in place without copying them to the device (file servers and internet services like Dropbox are not currently supported for referenced folders). New editing tools include Split Toning and Tint, and an advanced color fringe removal adjustment. RAW Power also includes a new manual lens correction tool with a semi-automatic mode. With this mode, the lens correction tool learns to correct images based on manual adjustments made to other images by the photographer.

RAW Power for iOS is available for a one-time purchase price of $9.99 USD, and as a free update for current RAW Power for iOS customers. Version 3.3 includes an unlimited free trial; exports and edits using the trial are watermarked with the RAW Power logo. RAW Power runs on iOS 13 and 14.

The new version of RAW Power for Mac adds the same Split Toning, Color Fringe Removal, and Lens Correction adjustments, and RAW Power for Mac can now export images directly to the Photo Library, with choice of album. The complete list of supported cameras can be found at: https://www.gentlemencoders.com/extended-raw

RAW Power for Mac runs on macOS Big Sur, Catalina and Mojave, and is available for $39.99 or as a free update for existing users of Raw Power for Mac. It is fully optimized for the M1. An unlimited free trial is available for download at https://gentlemencoders.com/raw-power-for-mac-trial

For information about Gentlemen Coders and its other products, please visit https://gentlemencoders.com 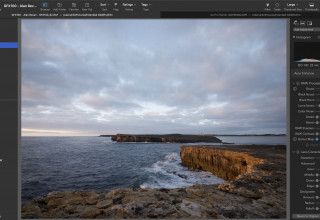 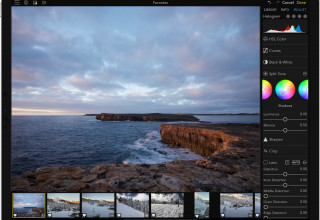