GC SOFLO forms a new website that eliminates the search for professional, A rated Contractors nearby for South Florida.

Fort Lauderdale, Florida, February 22, 2018 (Newswire.com) - General Contractor South Florida (GC SOFLO) recently formed a website built for Homeowners that need contractors, carpenters, remodelers or just DIY tips / ideas on renovating every part of their house. From impact windows and doors to lawn irrigation and outdoor fixes, GC SOFLO made sure to cover all services by partnering with the best contractors in South Florida. This eliminates the burden of dealing with a mediocre contractor, and/or searching hours for the best contractor for the job.

GC SOFLO's emergence was inspired by the drastic increase in rebuilding projects after Hurricane Irma's effect throughout South Florida. While many poorly built projects took a hit, GC SOFLO's contractors aspire to build projects that are far more durable, as well as help homeowners with many other home renovation needs. Big fixes can also be solved, such as Kitchen Remodeling and Bathroom Remodeling through GC SOFLO's Contractors.

All above average work for a very fair price!

One homeowner recently described his experience as "...unexpectedly amazing" as he found them casually while searching the web. Homeowner, Jerry Graham, later went on to describe "They did an amazing job on remodeling some parts of my house that needed tweaking, and the contractors were also able to refer me to handy carpenters for a small job I needed done in my backyard. All above average work for a very fair price".

For more on the new way of connecting South Florida Homeowners to General Contractors, visit GCSOFLO.com 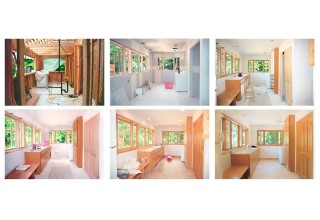