Burns, alongside founders Pete Gillespie, Ian Gillespie and Jos Ruffell, helped grow Garage Project from a small 50-liter brewhouse to their current 2,000-liter system and developed the brand into an international powerhouse. Success has earned Garage Project a multitude of awards, including The Society of Beer Advocates Brewery of the Year in 2014, 2015, 2016 & 2017 and a silver medal at the highly prestigious World Beer Cup.

In taking the reigns at Warfield Brewery, Burns aims to recreate similar success and growth with Warfield Brewery. Burns is arriving at the right time as Warfield is undergoing a major expansion, which includes the addition of a new 30BBL brewhouse from Craftwerk in Detroit. “We’ve got some really big things in the works, and I’m excited to see where we are able to take the Warfield brand over the next few years,” says Burns.

Based in Ketchum, Idaho, Warfield is family owned and operated and has been brewing since 2015. With an emphasis on quality organic ingredients and classic European beer styles, Warfield isn’t following the typical American craft beer formula. In addition, Warfield operates an adjoining distillery, which turns out small-batch spirits under the same roof. The new expansion will include the addition of two Forsyth Scottish copper stills to grow their production of single malt whiskey. 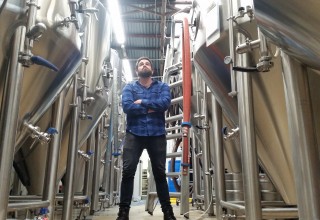 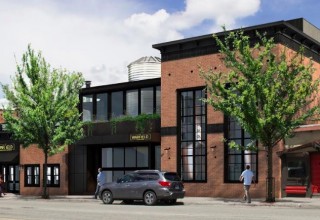 Craft Distillery & Brewery creating spirits and beers in the hear of the Idaho Mountains. Our pub offers an ever-changing menu of season, farm-fresh cuisine, highlighting the best ingredients in the Northwest.