HAMBURG-NORD, Germany, May 26, 2021 (Newswire.com) - GSB Gold Standard, based in Hamburg, Germany, announces the strategic acquisition of three historic newspaper brands, along with their registered trademarks, in an effort to strengthen and expand their GSMedia Division and promote GSB's G999 Blockchain technology: Berliner Tageeszeitung, Berliner Tageblatt, and Deutsche Tageszeitung.

By acquiring these historic newspapers, GSB Gold Standard Group and Josip Heit as Chairman of the Board is confident of growing the German media company, which is comparable to some of the largest media organisations in the United States. The recently acquired newspapers were some of the most influential and well-known in Germany during the time of publication, with two of them having origins dating back to the 19th century.

With a self-proclaimed obsession for technological innovation, Heit hopes to take these influential and historic names and transform them for the 21st century to be more modern, and in line with his pioneering spirit and entrepreneurial vision.

Heit follows a line of other business magnates like John W. Henry, owner of Liverpool FC, who in 2013, purchased the Boston Globe for $70 million, and former Amazon CEO Jeff Bezos, who purchased the Washington Post for $250 million the same year.

About GSB Gold Standard Corporation AG (GSB)
GSB's innovative software solutions, such as G999 and GStelecom, among others, create transparency and can be used equally by customers worldwide.

Current products such as the GStelecom app for both Apple and Android can be downloaded here:
Google Play Store: https://play.google.com/store/apps/details?id=block.chain.chat
Apple Store: https://apps.apple.com/tt/app/gstelecom-by-g999-blockchain/id1547577247

Since 2011, GSB Gold Standard Corporate has been operating as a global holding company with a focus on unique/pure minerals, metals and blockchain technology developments. Headquartered in Hamburg. 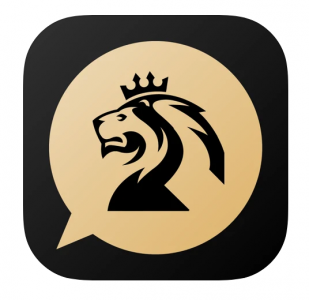 DEUTSCHE TAGESZEITUNG: Old-Coins, Blockchain Technology and the Graph (GRT) Coin
DEUTSCHE TAGESZEITUNG: The Graph (GRT) is an indexing protocol for querying networks such as Ethereum and IPFS. GRT already supports numerous applications in both DeFi and the broader Web3 ecosystem. Anyone can create and publish open APIs, called subgraphs, to make data easily accessible. To explain it very simply at this point: The Graph exposes data that can be transformed, organised and shared across applications so users can query it with just a few clicks.
GSB Gold Standard Corporate AG - Sep 28, 2021