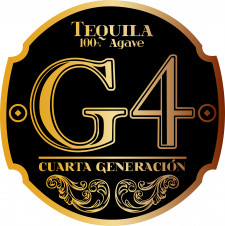 G4 won Platinum medals for their Añejo and Extra Añejo expressions. G4 Añejo Tequila is aged at least 18 months and has aromas of agave, natural vanilla, caramel, citrus and cinnamon with additional tasting notes of pepper and butterscotch. The Extra Añejo is aged for at least three years in old Tennessee whiskey barrels and has tasting notes of light oak, vanilla, caramel and baking spices intermingled with floral, citrus, and dark berry notes.

G4's Blanco and Reposado expressions each took home Gold medals. G4's Blanco Tequila is the purest expression of Blue Weber Agave, and its clear, crisp flavors, silky texture, and spicy and peppery tasting notes make it a perennial hit with tequila enthusiasts. G4 Reposado Tequila is aged for at least six months in old George Dickel Tennessee whiskey barrels and has tasting notes of hints of peach and grapefruit with light vegetal, pepper and floral notes.

"We're grateful to receive this recognition among many great brands in the industry. And we're proud and honored to work with Felipe and his sons, who have developed incredible tequilas with respect to tradition, sustainability, innovation, and stewardship of the land," stated Jeff Ernst, Brand Manager of G4 Tequilas.

G4 Tequilas can be found in retailers and beverage venues throughout the United States.

G4 Tequila is distilled at Destileria El Pandillo by Felipe Camarena and his sons, Luis, Felipe and Alan. The Camarena family has been making the world's top tequilas in Los Altos de Jalisco since 1937, and Felipe and his sons are the fourth generation (G4) to carry on this heritage. Felipe built the distillery to honor the family heritage and tradition while adding innovative and eco-forward thinking elements to create the most sustainable distillery in Mexico. El Pandillo uses traditional tools like stone ovens and copper stills for their heritage and sustainability benefits. The distillery grows their agave on the property, and they harvest it and produce G4 Tequila using clean energy sources like solar, wind, and water. PKGD Group is the exclusive importer of G4 Tequila in the United States. Find G4 online at https://g4tequila.life/ and on Facebook and Instagram.