Fusus can be dropped onto any network in any building, anywhere in a city.  Within seconds Fusus detects, analyzes and connects to every camera on the building’s network and sends a unified video feed to a single web-based interface. Field based users of the Fusus platform, such as police, fire, and EMS personnel, can access a mobile version of the system via an iOS or Android compatible mobile app to stream video from incident sites, transmit their location, send panic alerts, receive image and text alerts, and communicate directly with their command center.

Policy-based sharing ensures video is transmitted when required, and adheres to the privacy considerations of its users, based on the location of the video.  As examples, schools may limit video sharing to emergencies, like an active shooter event. A blend of event based and constant sharing is also possible, through the system’s rules-based engine. Businesses may share live video across a multi-campus environment while sharing only on alarm to first responders.

“Even today's smartest cities are missing a major source of intelligence- data from both public and private video sources.” said Chris Lindenau, CEO of Fusus. “Fusus bridges that gap by pulling in video from multiple sources into a single video platform to speed emergency response and provide situational awareness. I am excited to be a part of the brilliant team at Fusus who is committed to making communities smarter and safer for their citizens."

Fusus was previously SecuroNet- a public-private camera mapping and registry company. Following the acquisition of SecuroNet’s success in real-time video software and a major private investment into the technology platform, a new leadership team has been assembled to build upon the company’s success in situational awareness software and hardware as Fusus. The updated brand and product offerings are a reflection of the advances in video and IoT networking that the company has since developed.

“For years, public and private video was separate. Large camera software companies built bloated and proprietary video management software because it was in their financial interest to control the user interface, not because it helped the client,” said Anthony Baldoni, COO of Fusus. “Fusus disrupts this model - video can be shared between public and private entities with the simple installation of an appliance. No expensive integration fees, software licenses, servers, or proprietary APIs. We are smashing that model.”

The Fusus camera registry also allows entire communities to collect and securely share camera locations and recorded video evidence between private and public sources.  In the event of a theft, for example, police may automatically request to a store owner a recorded video to speed the process of evidence gathering in their investigation.

Fusus breaks down silos, merging public and private video resources into a single, efficient and unified stream of information. The Fusus system requires little to no hardware investment, and can speak to existing video assets, making a sophisticated video platform affordable to any city or organization.

Fusus lives at the intersection of public and private video and IoT, building bridges within communities, and making Smart Cities Smarter. 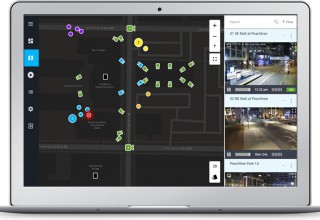 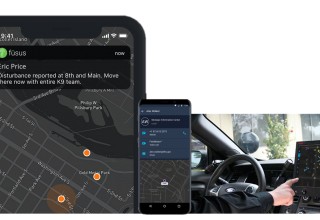 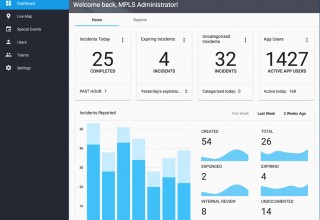 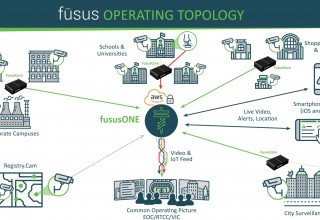 Fusus creates the fusion of public and private video cameras feeds into one consolidated view providing unprecedented levels of situation awareness to public safety officials and first responders on the scene. Fusus saves time to save lives.