From Poverty to Head of a Global Ministry, the 'Flying Preacher' Shares the 'ORRdinary Lessons' That Can Lead to Extraordinary Success 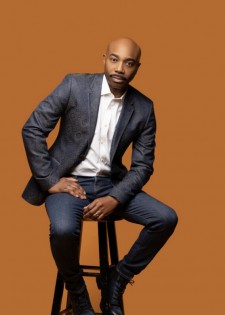 SOUTHAVEN, Miss., September 23, 2020 (Newswire.com) - In his new book, “ORRdinary Lessons,” mega-church pastor Bartholomew Orr shares his humble beginnings as the 19-year-old pastor of a 66-member church while living in his parents’ home with no running water. The pastor, known nationally as "the flying preacher" for a controversial video that went viral in 2018, shares details of that experience, growing up in poverty and even leadership disputes.

“All of the so-called challenges throughout my life became opportunities thanks to faith and a focus on God,” says Bartholomew Orr. “The growth of our ministry was gradual, not immediate, as I continued my walk toward personal and spiritual maturity.”

For more than 30 years, Orr has served as senior pastor of Brown Missionary Baptist Church, which has grown into one of the largest, predominantly African-American megachurches in the U.S. with two locations in Southaven, Mississippi, and approximately 12,000 members. In addition, the ministry’s outreach includes the support of satellite churches locally and in several African countries with mission work around the world.

“When I was a young boy, my mom couldn’t afford expensive birthday presents and once gave me a pencil sharpener with a globe on it,” Orr recalled. “With that gift, she prophesied that one day I’d travel the world.”

The church, which has held services virtually since the beginning of the pandemic, has continued to pour over a million dollars of support into the local, regional and global economy through mobile food pantries, support of schools and families and ministries in need. Orr dedicates the book to everyone affected by COVID-19.

“Through this book, I hope to encourage those who have lost jobs or loved ones during the pandemic and have wondered what’s next for them,” said Orr. “I understand the stress that can be caused by poverty, fear and loss, but as I share in the book, it’s possible to have peace in the midst of your circumstances.”

For more information or to purchase “ORRdinary Lessons,” visit bartholomeworr.org. Media photos, including Orr's headshots and photos of his virtual book-signing that attracted nearly 400 cars, can be downloaded here. Media inquiries should be sent to KQ Communications at info@kqcommunications.com or (901) 761-9286.

About the Author:
Dr. Bartholomew Orr is Senior Pastor of Brown Missionary Baptist Church in Southaven, Mississippi. Since he became Pastor in 1989 at the age of 19, Brown has grown from 66 to 12,000 members. Orr grew up the youngest of seven children in humble beginnings just down the street from the church he now pastors. He has ministered around the world, and his theatrical sermons have become popular on YouTube. In addition, he was featured on the Steve Harvey show in 2018 as the "Flying Preacher." He is Founder of Bartholomew Orr Ministries Inc., and he and his wife of thirty years, Valarie, have four sons and four grandchildren.
About Brown Missionary Baptist Church:
Founded in 1882 by former slaves, Brown Missionary Baptist Church originally held services in a Brush Arbor located near the location of its current main campus, located at 980 Stateline Road E in Southaven, Mississippi. The church, now with two physical church campuses spanning 60-acres and more than 12,000 members, also supports ministries around the world. Under its current Senior Pastor, Bartholomew Orr, the church has become known for its community outreach in alignment with its focus on changing lives and making a difference.