LONDON, September 17, 2018 (Newswire.com) - The electric revolution is well and truly underway, and new models of electric cars with increasingly sophisticated integrated technologies are frequently being launched. It's not just traditional car manufacturers that are entering the electric vehicle market, with Dyson and (if rumours are to be believed) Apple set to bring their own designs into production within the next few years. With governments around the world enacting legislation to phase out production of petrol and diesel cars, there's no doubt that the EV market will grow exponentially in the next decade and it's inevitable that disruptive brands will try to carve their own slice of the market.

The UK's largest digital automotive platform, Auto Trader, playfully imagines what cars designed by some of the biggest lifestyle and tech brands might look like, exploring the futuristic features they would have and how they'd tackle the challenges faced by current EVs, namely range and battery limitations and lengthy charging times.

Auto Trader taps into the USPs of brands such as Airbnb, Amazon, GoPro, IKEA, Instagram, Sony and Spotify to discover how they'd express their distinct brand identity in a car. IKEA's car, for example, is imagined in flat-pack format, with the brand's commitment to sustainability expressed with solar rooftop panels. The GoPro EV is designed for drivers that want to go off the beaten track, with underwater capabilities and built-in cameras for documenting adventures. Sony on the other hand, would be the perfect option for the tech-savvy enthusiast with a penchant for the most innovative virtual reality technologies.

Amazon's car plays on the tech and retail giant's emphasis on efficiency and speed, with a battery that charges in 10 minutes, as well as a detachable drone that will deliver parcels directly to the boot. Airbnb's EV would be built for road trips, with battery capability of up to 500 km per charge and a deluxe living space in the back.

Erin Baker, Auto Trader's Editorial Director, says: "With global sales of EVs on the rise, the car industry is undergoing a true transformation. We predict that forward-thinking brands, previously not associated with car manufacturing, will get in on the action by launching their own futuristic electric models that might just resemble these designs."

Auto Trader Group plc is the UK and Ireland's largest digital automotive marketplace. Auto Trader sits at the heart of the UK's vehicle buying process and its primary activity is to help vehicle retailers compete effectively on the marketplace in order to sell more vehicles, faster. Auto Trader listed on the London Stock Exchange in March 2015 and is now a member of the FTSE 250 Index.

The marketplace brings together the largest and most engaged consumer audience. Auto Trader has over 88% prompted brand awareness and attracts an average of 55 million monthly cross platform visits a month, with circa 70% of visits coming through mobile devices.

The marketplace also has the largest pool of vehicle sellers (listing more than 470,000 cars each day). Over 80% of UK automotive retailers advertise on autotrader.co.uk. 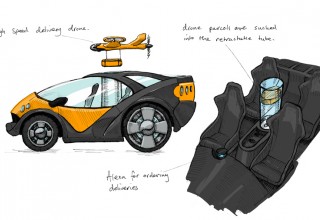 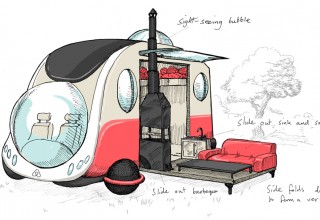 These Are the Best and Worst Airports to Get Delayed at This Holiday Season
BlueGlass - Oct 23, 2018
How Thomas Cook Achieved a Fivefold Increase in Traffic by Implementing BRIDGE Store Locators
Following the deployment of BRIDGE in December 2016, the group saw a huge increase in traffic on its Jet Tours and Thomas Cook store locators in just three months
BlueGlass - Apr 10, 2018