Beginning with the 2018 season, the RoughRiders, using the FanConnect platform, will integrate their live game feed with stats, game information, and social media for fans throughout Dr. Pepper Ballpark by using the existing television displays in the suites and on the concourses. 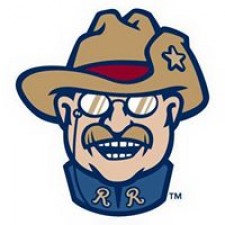 Beginning with the 2018 season, the RoughRiders, using the FanConnect platform, will integrate their live game feed with stats, game information, and social media for fans throughout Dr. Pepper Ballpark by using the existing television displays in the suites and on the concourses.

“Our partnership with FanConnect is another example of our commitment to providing a 360-degree fan experience at Dr. Pepper Ballpark,” RoughRiders Executive Vice President and General Manager Jason Dambach said. “FanConnect gives us another great avenue to communicate directly with our fans at various high-traffic locations around the ballpark.”

FanConnect provides a variety of software and technology to meet venue requirements and is already in use at over 60 major venues.

“We are thrilled to partner with the RoughRiders to provide an enhanced viewing experience for their fans,” said CEO of FanConnect, Larry Witherspoon. “Our products help sports and entertainment clients turn their venues into a profitable experience that fans will never forget.

The Frisco RoughRiders are the Double-A affiliate of the Texas Rangers and play their games at beautiful Dr. Pepper Ballpark in Frisco, Texas. The team was founded in 2003 and has finished first among all Double-A franchises in attendance in each of the last 12 seasons (2005-2016). In August 2014, the RoughRiders were purchased by an ownership group led by Chuck Greenberg. The new ownership group, together with the city of Frisco, has spearheaded numerous major franchise improvements over the past two seasons, investing nearly $8 million in a wide array of facility upgrades and improvements, including a new state-of-the-art HD video board, sound system, Bull Moose Saloon, InTouch Grille, Riders Outpost Team Store, and the newest and biggest creation, the 174-foot Choctaw Lazy River. The upgrades made prior to the 2015 season earned the Riders and the City of Frisco "Best Ballpark Renovation" of 2015 by Ballpark Digest. The same publication also honored the Choctaw Lazy River as the best ballpark improvement over $1 million for the 2016 season. More than 130 former RoughRiders players have gone on to play Major League Baseball, including All-Stars Chris Davis, Adrian Gonzalez, Ian Kinsler, and Nelson Cruz, as well as current Rangers stars Elvis Andrus, Rougned Odor, and Nomar Mazara.

Charlotte, NC-based FanConnect provides a suite of affordable cloud-based technology products centered on the creation and distribution of digital content to screens throughout a venue over existing RF distribution or IPTV. Their unique digital marketing platform allows venues to enhance the fan experience, maximize sponsorship revenue, and increase brand exposure. From the time a fan enters the venue, until the time the game ends, FanConnect engages crowds with an unparalleled entertainment experience.

To learn more about FanConnect, visit their website at www.fan-connect.com.