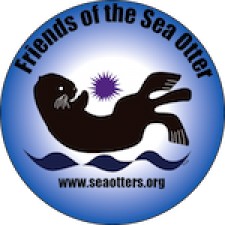 Monterey, California , September 21, 2016 (Newswire.com) - The United States Geological Survey has announced the results of the spring sea otter survey, and there is new cause for cautious optimism, according to Friends of the Sea Otter Board Member Tim Eichenberg.  For the first time since the species was “rediscovered” in 1938 off the coast of Big Sur, the population has exceeded 3000 animals.  At an estimated 3,272, this is the first time the population is above the target recovery level of 3,090.  If that level is exceeded for three consecutive years and other factors are deemed acceptable, the species could be determined recovered from its threatened status under the Endangered Species Act.

Recovery of the southern sea otter has been the foremost mission of Friends of the Sea Otter since it was established in 1968.  Eichenberg said, “Friends of the Sea Otter was the catalyst for listing the species under the Endangered Species Act, and after 48 years of advocacy we are pleased to see such growth on the population size.  Hopefully full recovery can be achieved, but to do so there is much work yet to be done and many threats to address.”

The recovery threshold was set in the 2003 Recovery Plan by the U.S. Fish and Wildlife Service, and there is much new information, including the understanding of the need for range expansion.  “We cannot count on simply meeting the numbers threshold as confirmation of recovery”, said Eichenberg.  “It will be necessary to look closely at the assumptions in recovery plan and the reasons for the original listing” he said.  “Hopefully, the population will continue to grow while we apply the best available science to help restore this keystone species to its full role in the marine ecosystem.”

Since the 2003 Recovery Plan, new concerns have arisen over the impact on sea otters of shark attacks, climate change, and coastal pollution.  In addition, mortality has been higher than expected on the northern and southern ends of the range, just as it is becoming clear that a larger range is needed to ensure the recovery and long-term viability of the species.  Additional growth in the size of the population also would be needed to achieve recovery under the federal Marine Mammal Protection Act.  Eichenberg stated:  “Recovery of the southern sea otter is important in its own right, but it is also essential to the health and stability of the entire California ocean environment.  It is time for a concerted effort to address the threats to this population once and for all and achieve full recovery.”

Source: Friends of the Sea Otter

About Friends of the Sea Otter

Friends of the Sea Otter is committed to and advocates for the conservation of sea otters and the preservation of their habitat through education, research, and policy decisions that will ensure the long-term survival of this species.