Freedom Magazine Florida Edition Proves That 'Something Can Be Done About It!'

An army of bright, energetic Scientology Volunteer Ministers mobilized to protect downtown Clearwater before Hurricane Irma struck, serve the community throughout the storm, and return the city and towns throughout the Tampa Bay area to their pre-hurricane condition and better. 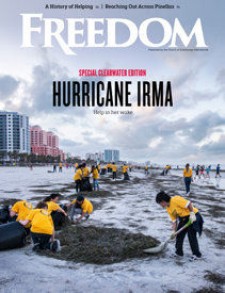 CLEARWATER, Fla., October 18, 2017 (Newswire.com) - “Something can be done about it!” is the motto of the Scientology Volunteer Ministers.

“It is used to rally troops or galvanize a group to overcome obstacles. It can be deployed to inspire a community to take action when faced with a devastating catastrophe.”

So begins the editorial of the newest Clearwater, Florida, edition of Freedom Magazine, the voice of the Church of Scientology, which is now online on the Freedom website. And throughout the issue are photo stories demonstrating exactly how earnest these volunteers are about carrying out their creed.

The 88-page issue focuses on Hurricane Irma and the thousands of Volunteer Minister hours dedicated to helping the city recover.

They restored Clearwater Beach to its previous pristine condition. They patched torn roofs, cut down and hauled away toppled trees and filled 7,000 heavy-duty trash bags with debris.

They distributed 3,000 gallons of water and 162,000 pounds of ice to local residents. They provided 6,600 hot meals in North Greenwood and East Gateway. Their help continued until every remnant of storm damage was gone from downtown Clearwater, Clearwater Beach, and nearby neighborhoods.

The Freedom special edition continues with a brief roundup of Scientology Volunteer Minister response to disasters, from the 9/11 New York terrorist attacks through natural and manmade disasters that circled the globe, to the devastating 2017 hurricane season and Mexico earthquake.

The issue closes with an overview of the other humanitarian programs carried out by Clearwater Scientologists throughout the region and profiles on several leading members of the local humanitarian community.

Freedom Magazine is published by the Church of Scientology in 20 nations, a leading voice for human rights and civil liberties in the world today. Since 1968, Freedom has been dedicated to advancing awareness and achievement of human rights and has been a catalyst for groundbreaking reforms in the public interest. 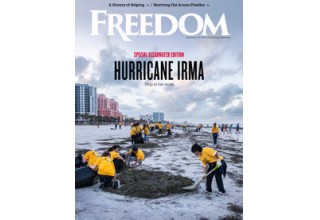 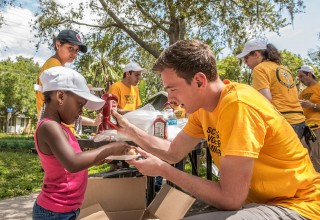 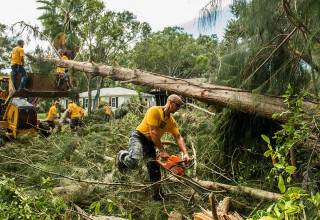 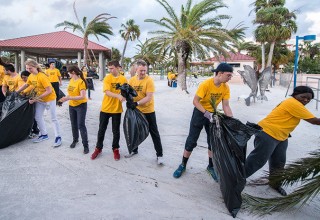 Scientology: Helping Haitian First Responders Restore Peace of Mind to Survivors
In the final two sessions of a five-part seminar in the town of Jérémie, Scientology Volunteer Ministers train firefighters, Haitian Red Cross, Haitian National Police and other community leaders to help restore peace of mind to those suffering from the frequent disasters that plague this Caribbean nation.
Scientology - Sep 9, 2021
Newswire