Four Years Ago, Andrew Goldstein Picked Up the Phone Which Led Him to Memphis, Tennessee 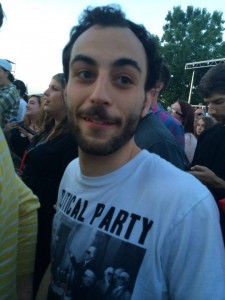 MEMPHIS, Tenn., August 10, 2017 (Newswire.com) - At the time, Andrew Goldstein was in the political field, but it was his mother who pointed him in another direction. A direction that would find Goldstein helping others and making a difference. "Throughout college I had a handful of internships that pointed toward a career in politics or government," Goldstein explains. "I interned for Alderman Reilly in Chicago one summer and at the Library of Congress my junior year."

Midway through his senior year at George Washington University is when the conversation with his mother took place. "We were talking on the phone one day and she mentioned this organization called Teach for America. One of my fraternity brothers at Sigma Chi worked for the organization throughout college so I knew about the program, but initially thought it wasn't for me. My mom convinced me to apply and I agreed that it couldn't hurt to have more options."

After three rounds of the application process, including an initial application, phone interview, and a five-minute sample lesson and in-person interview, Andrew Goldstein received an email in January of 2013 from Teach For America. An email that would change his life forever.

Goldstein was accepted into the Memphis Corps as a history teacher, even though he had another offer in the political field. He immediately accepted the teaching position in Memphis.

"It just felt right," says Goldstein. "I was excited, and little overwhelmed, but in that moment I knew I wanted to teach in Memphis." Two days later, he packed up his car and drove west fourteen hours until he reached the city of Memphis. "Teaching over the last four years has been incredibly challenging, but it's a decision I don't second guess for an instant."

But Andrew Goldstein hasn't left his mark in just the classroom and with his students. While Goldstein fell in love with the city, there was one setback. "The food is delicious, the people are friendly. It had everything I wanted in a city, except a Sigma Chi alumni chapter." When Goldstein realized this, he immediately felt compelled to found a chapter in Memphis.

With over 300,000 alumni members, Sigma Chi is the largest fraternity in the United States. Some of its notable alumni included NFL quarterback Drew Bees, actors Brad Pitt and John Wayne among others. There are 117 Sigma Chi alumni chapters around the country from Boston to San Diego. Goldstein wanted to add Memphis to the list.

Alumni organizations require hours to found. An alumni member in that city has to find and recruit local alumni, draft by-laws, identify a meeting place, plan key events, collect dues, hold officer elections, maintain constant communication with headquarters, and more. In order to become a ratified alumni chapter, it needs at least ten due-paying members. At this point, Andrew Goldstein is in the initial phase of founding the Memphis alumni chapter of Sigma Chi. The challenge is finding active members, as only twenty-percent of fraternity and sorority members stay active as alumni after graduation.

"So far I've been able to connect with about ten brothers ranging in age from 24 to 63 and I've had a really positive reception. I'm very optimistic that this alumni chapter will become a reality." Not only does Andrew Goldstein have a desire to bring together the brothers of his fraternity in Memphis, but he also has the drive to help the students he teaches. And to think his Memphis adventure started with a phone call with mom four years ago. 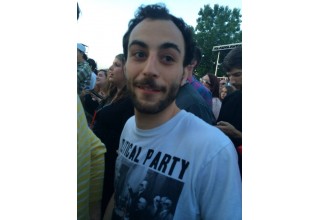 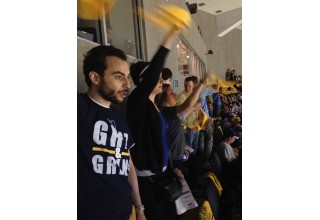 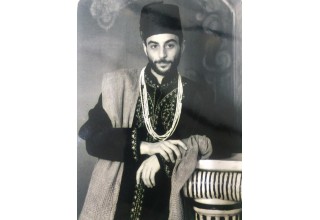