At an OSCE conference July 10-11, Foundation for a Drug-Free Europe stressed the importance of drug education in addressing the drug crisis affecting Member States. 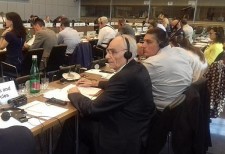 Vienna, Austria, July 17, 2017 (Newswire.com) - At a conference in Vienna organized by Organization for Security and Co-operation in Europe (OSCE) July 10–11, Foundation for a Drug-Free Europe stressed that drug education is an essential element in any effective drug prevention strategy. Attended by executives and staff of ministries of interior and police of the 57 OSCE Members States, the conference was called Combating the Threats of Illicit Drugs and the Diversion of Chemical Precursors,“The Nexus Between Illicit Drugs, Organized Crime, and Terrorism.”

Representing Foundation for a Drug-Free Europe (FDFE), Dr. Christian Mirre spoke to the importance of providing young people with factual information about drugs and alcohol. He described the Foundation's network of more than 100 groups carrying out drug prevention activities across Europe, and the results they have achieved through delivering education that empowers adolescents, teens and young adults to make informed and self-determined decisions with regard to these substances.

Fifty-four Member State delegations, Partners for Co-operation, and 28 International Organizations, Academic and Business Circles and Non-Governmental Organizations participated in the three sessions along with members of the OSCE Secretariat and OSCE Institutions. Under discussion were the following themes:

Dr. Mirre asked those attending to urge their respective governments to reconsider the budgets allocated to dealing with drugs and what he described as the disproportionately high funding of harm reduction, treatment and repression compared with funds allocated for prevention, specifically drug education.

The Foundation for a Drug-Free Europe coordinates a drug education initiative known as the Truth About Drugs. The program uses 14 youth-friendly booklets and public service announcements on the most commonly abused drugs, and a documentary also covering these substances. A network of volunteers distributes the booklets and provides lectures and seminars in cooperation with thousands of schools in over 180 countries. The materials help youth understand the short, medium and long-term consequences and negative effects of drugs.

The campaign has been embraced by hundreds of entities including city governments, schools, military and police organizations, sports clubs and community and religious leaders. Scientology Churches and Scientologists support the program, making its materials available free of charge to those wishing to use it to educate others on the truth about drugs.

The OSCE is the world's largest security-oriented intergovernmental organization. Its comprehensive approach to security encompasses politico-military, economic and environmental, and human aspects. It addresses a wide range of security-related concerns, including arms control, confidence- and security-building measures, human rights, national minorities, democratization, policing strategies, counter-terrorism and economic and environmental activities. All 57 participating States enjoy equal status, and decisions are taken by consensus on a politically, but not legally binding basis.

For more information on the Foundation, visit the Scientology Newswroom. 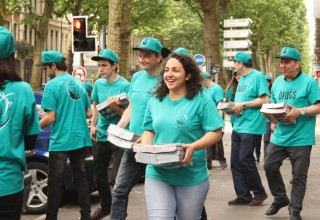 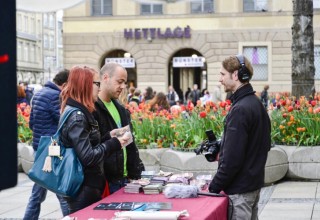 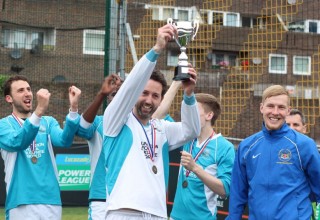 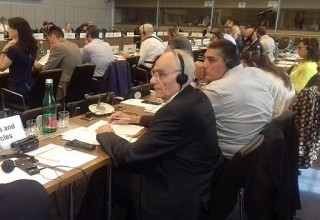