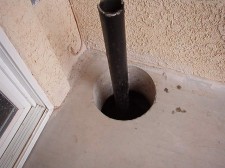 NEW HARMONY, Utah, March 28, 2018 (Newswire.com) - Accumulation of moisture over time caused expansive clay to swell significantly, forcing a house to rise as much as 4.5” in the worst places. Coming in to correct the situation, Ram Jack Utah removed exterior concrete, installed helical piles, excavated soil from underneath the house and lowered the structure back to its original position, leaving the homeowner with a stabilized home.

In Washington, Utah, a house had suffered greatly from soil conditions. “Blue clay” underneath the foundation had gained moisture over time and swelled, pushing the back of the house to an astounding 4.5” above its normal elevation. As the problem reached its peak, the homeowner contacted Ram Jack Utah.

Realizing that the deadly clay would only cause more issues, Ram Jack placed the house on helical piles and excavated the soil using a Vac-Tron water pressure system. Ensuring no damage was done to the existing foundation was a topmost concern. Once soil had been removed, the house was lowered to its original level. Any exterior concrete that had been removed was then replaced. Afterward, the homeowner was pleased to have a secured, level home once more. 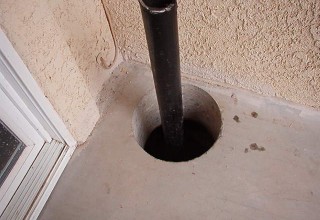 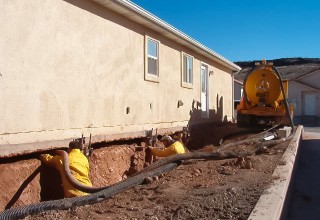