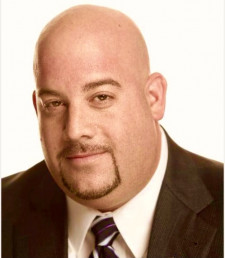 NEW YORK, August 18, 2021 (Newswire.com) - BlueChip Holdings Inc., a unique platform, provider and marketplace of athlete apparel, will be bringing on Todd Montesano, the former Senior Vice President of Global Entertainment and Partnerships of Under Armour. During his tenure at the $4 billion global brand, Mr. Montesano also served as Chief of Staff to the company's Founder and CEO of Under Armour. He will be joining the team as Member of the Board and Senior Advisor to Steve J. Roberts, Co-Founder and CEO of BlueChip. He will play a key role to BlueChip's overall growth, strategy and creative direction moving forward.

"Todd Montesano brings an unrivaled amount of experience in this industry and will be contributing significantly to our strategic development in key areas," said Mr. Roberts. "I speak on behalf of our entire group when I say we are thrilled to welcome Todd to the BlueChip Team."

In his 14 years at Under Armour, Mr. Montesano helped guide and launch global brand campaigns and collaborations, which included the company's marquee partnership with Dwayne 'The Rock' Johnson. The Project Rock Collection of shirts, shoes, and accessories quickly became one of the most successful and fastest-selling signature product lines of all time.

Mr. Montesano also drove key collaborations and partnerships with global icons such as Academy Award-winner Jamie Foxx, NBA 2x MVP and 3x Champion Stephen Curry and Grammy-nominated artist A$AP Rocky. He was also a key architect in the company's notable marketing platforms and partnerships such as The ESPYs, NFL Combine, UA All-American Series and many other Team-, League- and Athlete-driven activations.

"I'm very excited to join the BlueChip Team and to assist in helping build a platform that empowers athletes to create, build and own their brand," said Mr. Montesano. "I hope that with my many years of experience in the sports business and my recent success in bridging the gap between brand partnerships and the entertainment world I can help take BlueChip Team to the next level."

For more information on BlueChip, visit bluechipteam.com and be sure to follow @bluechipteam across social media.

BlueChip is the ultimate marketplace for sports fans. By collaborating and designing collections with the best professional athletes, they are curating brands to the world's most loyal fanbases. With bases in New York and London, BlueChip is changing the way we look at sports brands. By giving brand ownership to the athletes, they are inspiring athletes to build better relationships with their fans.

BlueChip is the ultimate marketplace for sports fans. By collaborating and designing collections with the best professional athletes, they are curating brands to the world's most loyal fanbases.