NEW YORK, June 17, 2019 (Newswire.com) - ​​Over 20 years ago, Parkinson’s Disease (PD) cut short the career of professional dancer and choreographer Pamela Quinn. But at the recently concluded World Parkinson’s Congress in Kyoto, Japan, Quinn capped what has been a powerful comeback, a resurgent career choreographing for people who share her condition, with her biggest piece yet. 50 dancers from countries across the globe -- 40 people with Parkinson’s and 10 caregivers -- came together to perform “Ooh Aah!” at the opening ceremony of the Congress for an international audience of scientists, medical professionals, artists and members of the worldwide Parkinson’s community. The performance took place in the context of Quinn’s larger efforts to improve the mobility of people with Parkinson’s through her organization PD Movement Lab.

“In selecting the music and choreography for ‘Ooh Aah!,’ I wanted to create something forceful,” said Quinn. “People with Parkinson’s are often viewed as weak, and I wanted to use the international stage of the Congress to show the world our collective strength.”

For two decades, Quinn enjoyed a successful career as a professional dancer and choreographer. She was one of the four founding directors of the prominent dance company ODC/Dance. However, her career came to an abrupt halt at the age of 42 when she was diagnosed with Parkinson’s. Devastated, she went into isolation and stopped all artistic activity.

But after an extended period of adjustment and questioning, Quinn re-emerged to begin a second phase of her career. She first made pieces that explored her own experience with Parkinson’s, and then, realizing she wanted to work with other people with the disease, began to create group dances for people living with PD. In May of this year, she was awarded a 2019 Dance USA fellowship.

Quinn’s latest piece “Ooh Aah!” brought together people with Parkinson’s from four different continents to perform at the WPC in Kyoto. The Congress, held every three years in a different city around the world, is the foremost conference on Parkinson’s.

In introducing the dance, Marie-Francoise Chesselet, the newly appointed president of the World Parkinson’s Coalition, said, “This [piece] was an extraordinary undertaking. Pamela filmed the choreography in New York and sent it out to people in Japan, Australia, Europe and the U.S. Some rehearsed in small groups in their living room, others learned it on their own, and tonight, they will come together to perform it for the first time ... The WPC is about collaboration and perseverance [in the face of Parkinson’s], and ‘Ooh Aah!’ exemplifies that spirit.”

In order to perform the piece, dancers had to learn four minutes of intricate choreography, a feat that took on extra significance given the fact that one of the primary skills Parkinson’s takes away is the ability to sequence movement. “For a person with Parkinson’s to learn and perform any dance is an accomplishment,” said Quinn. “To pull off a piece on the scale of ‘Ooh Aah!’ is truly commendable. The performance of my dancers was a testament to their willingness to question and defy the restrictions of their PD.”

The piece also underscored Quinn’s belief in the therapeutic efficacy of two forces in combating the disease: rhythm and community. On a practical level, moving to a beat can restore structure and power to movement that Parkinson’s has taken away. And on a spiritual level, the communal bonds that form between dancers, who all share the same struggle, creates a strong, nourishing sense of purpose.

“When I arrived in Kyoto, I was not confident I could do the dance,” said dancer Mie Maruyama. “But once I felt the energy of the other people around me, I began to believe in my body. It made me excited to move, instead of scared.”

Begun in 2006 by Pamela Quinn as a movement class for the Brooklyn Parkinson's Group, PD Movement Lab has evolved into a multi-faceted enterprise involving classes and workshops, small and large scale choreographic projects, and an online operation offering innovative disease management strategies. Combining innovative physical therapy techniques with artistic sensibility and a patient-centric approach, the Lab is at the forefront of designing new approaches to the many day-to-day challenges faced by people with Parkinson’s and helping people create more mobile lives. 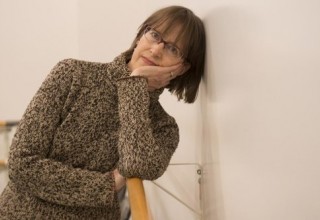 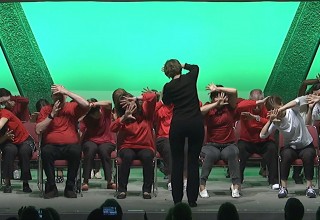 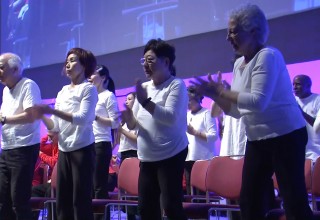 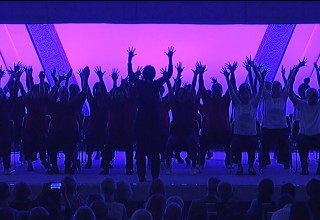