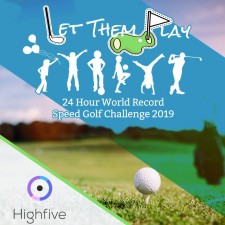 In April of 2018, Byrnes played a mind-blowing 245 holes of golf without a cart, breaking the 12 Hour Speed Golf World Record set in 2016 when New Zealander Brad Luiten played 237 holes. Byrnes played 13.5 rounds and ran a total of 65.5 miles in the allotted 12-hour time period at the Napa Valley Golf Club at Kennedy Park.

Last year, Byrnes and his wife Tarah started the ​Let Them Play Foundation (501c3) in an effort to get kids back outside and playing. As a kickoff event for the foundation, Byrnes completed the first-ever transcontinental Triathlon Across America. He swam seven miles across the San Francisco Bay, biked over 2,400 miles from Oakland to Chicago and then ran 905 miles from Chicago to New York City.

Along the way, the Let Them Play Foundation raised funds and handed out over 30 grants to different youth activity organizations across the country who showed a commitment to “let kids play.”

The Let Them Play Foundation will use the 24 Hour World Record attempt as a way to bring awareness to increasing lack of youth activity and to raise funds for grants which will continue to be delivered to a variety of different youth activity organizations across the nation.

“Highfive is excited to support Eric on his mission to break the world record and raise awareness for youth activity,” said Manuele. “Like Eric, Highfive is on a mission to make video conferencing the primary form of communication. With just a single click from any meeting room or device, teams can get their best work done with Highfive.”

This event is open to the public at all hours and will feature a long drive contest, youth team relays for grants, a DJ, food, drinks and more.

Where: ​Half Moon Bay Ocean Course located at the Ritz Carlton in Half Moon Bay, California

Visit ​LetThemPlayFoundation.org/Golf to learn more about the Let Them Play Foundation and to support the 24 Hour World Record Speed Golf Challenge.

Eric Byrnes resides in Half Moon Bay, California, with his wife Tarah and their three kids: Chloe, Cali and Colton. 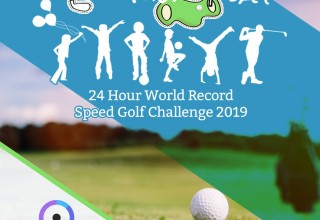 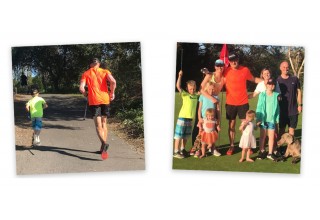