Focused on human performance, Unfair is developing AI technology to push the boundaries of mental and physical capabilities. 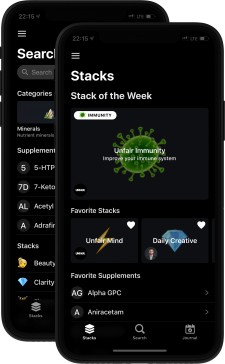 The Unfair team began research and development while the COVID-19 pandemic swept the globe, operating in stealth mode until now. Unfair is a US-based startup with a globally distributed workforce. The startup quickly rose to prominence via the Pioneer startup accelerator, ranking in the top 10 startups and attracting investors from Los Angeles to Berlin. The Unfair mobile app launched in private beta in June, with thousands of users worldwide tracking their supplement intake. The Unfair team – now composed of the founders, doctors, scientists, and ML engineers – is developing their first commercial product, while conducting double-blind studies on a proprietary, data-informed supplement line.

The US performance supplementation market reached $11B in 2019, driven by consumers performing online health research. Despite the overwhelming interest in supplementation, over one-third of Americans are deficient in essential nutrients such as Vitamin D. Researchers found that 98.9% of COVID-19 patients with a Vitamin D deficiency died. The coronavirus pandemic emphasizes how difficult it is for consumers to know where to look, what information to trust, and what insights work to optimize their health. Online publications like nootropics guides to doctors on social media aim to solve this problem but often add to the different perspectives offered to consumers.

"Unfair is years in the making for both Guillaume and myself. We were guinea pigs developing the concepts that serve as the foundation of Unfair. We're now scaling this using a deep-learning neural network that analyzes physiological responses to activity, chemicals, and nutrition. We combine published scientific research with consumer-reported data and place it in your pocket." – Stephen M. Walker II, CEO

Before starting Unfair, Stephen and Guillaume met at Freeletics, where they led the Product and Brand Creative teams. While at Freeletics, they grew the Munich-based, mobile fitness company from profitably bootstrapped to over 40 million users worldwide. Stephen led the product vision to raise the $45M Series A in 2018 and expanded the business from fitness and nutrition into mindfulness with the introduction of Mindset Coaching in January 2020.

About Unfair
Unfair is the world's first consumer biohacking company focused on combining published research and AI technology to provide their customers with an unfair advantage. Unfair develops a digital biohacking coach with supplementation intelligence and the first supplement line designed with millions of data points to increase focus, physical performance, and longevity. For more information, visit unfair.ltd.

Unfair is the world's first consumer biohacking company focused on combining published research and AI technology to provide their customers with an unfair advantage. 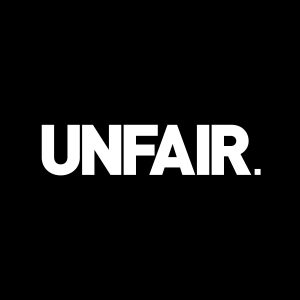