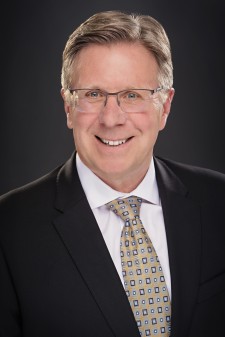 FRESNO, Calif., April 19, 2018 (Newswire.com) - Hammerschmidt Law Corporation is pleased to announce that attorney Kevin P. Rooney, a former federal and state prosecutor, is joining the firm as Of Counsel. Mr. Rooney previously served as Chief of the Violent Crimes and Narcotics Unit in the United States Attorney’s Office, Eastern District of California, Fresno. He has received numerous awards including recognition from the DEA, FBI, and IRS.

Mr. Rooney prosecuted criminal cases in federal district court and criminal appeals in the Ninth Circuit Court of Appeals. Earlier in his career, he worked in the Tulare County District Attorney’s Office where he prosecuted a full range of criminal cases.

I am thrilled to welcome Kevin to the team. He has a tremendous reputation in the legal community and with law enforcement.

“I am thrilled to welcome Kevin to the team. He has a tremendous reputation in the legal community and with law enforcement,” said founder and attorney Jeffrey T. Hammerschmidt. “We are both former prosecutors so we understand how an investigation or a filed criminal case is evaluated by the prosecutor. Our experience has taught us what is and what is not persuasive for a prosecutor, a jury, and Judge. We know what may convince a prosecutor not to charge a case and, in other circumstances, what leads to the best resolution. We also know when a case should go to trial. Kevin and I have personal experience from more than two hundred federal and state court jury trials.”

Kevin P. Rooney is a California criminal defense and government investigations attorney. He worked as a federal prosecutor for over 25 years in the United States Attorney’s Office, Eastern District of California, Fresno. Starting in 2008, he was the Chief of Narcotics and Violent Crime Unit. As Chief, he personally reviewed and approved or declined all wiretap applications, all indictments, and every plea bargain. He regularly participated in decision making for significant cases and general federal prosecution policies throughout Central California.

Mr. Rooney prosecuted a broad range of federal criminal cases during his career including conspiracy, drugs and marijuana, money laundering, structuring, and bulk cash smuggling, firearms offenses, and fraud. He has a great deal of experience with the investigation and prosecution of crimes committed on federal lands such as BLM, Forest Service, Yosemite or Sequoia-Kings Canyon National Park, including fire-related offenses and alleged sexual offenses. For many years, Mr. Rooney personally prosecuted all criminal cases originating in federal prisons. Those cases from the Atwater Federal Penitentiary, Mendota Correctional Institution, and Taft Correctional Institution included assaults, drug introductions, bribery, and civil rights allegations. The federal Bureau of Prisons presented Mr. Rooney with an Honorary Correctional Officer award when he left government service.

Mr. Rooney is an experienced appellate advocate as well as a trial lawyer. He has submitted over 25 briefs to the United States Court of Appeals for the Ninth Circuit and argued before that Court many times. Before serving as a federal prosecutor, Kevin worked five years as a Tulare County Deputy District Attorney. He presented jury trials ranging from misdemeanor DUIs to fraud to murder.

Kevin’s experience makes him uniquely qualified to provide the highest caliber of service to clients. He is one of the very few former federal prosecutors serving the Central Valley as criminal defense counsel.

MediaSmack is a boutique-sized digital marketing company with offices in Frisco and Austin, Texas. Co-founded in 2013 by Zach Thompson. 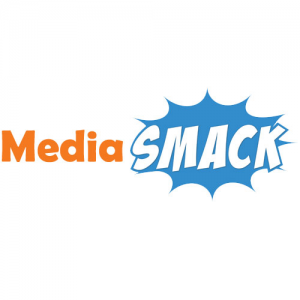 Law Office of Stanley A. Davis Announces Winner for Its 2021 Pay It Forward Scholarship
Mediasmack - Oct 20, 2021